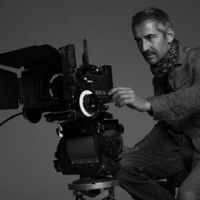 The work of Patrick de Warren has been featured in numerous publications and has been exhibited internationally.

In 2002, he was awarded Honorable Mention for the Polaroid International Photography Award for North America, as well as Camera Arts Magazine Polaroid Award, and in 2009 was nominated for the New York Photo Awards.

With twenty years of experience in Fashion and Product photography , de Warren has for the last few years extended his interest to moving images, including Media video productions and film documentary projects. He provides professional digital photographic and video services, direction, production, and film-making for the commercial, art, fashion, advertising and entertainment industries.

Through still and moving images, Patrick captures a way of seeing frame by frame , revealing a poetry in motion. His passion for the visual arts and story-telling can be seen throughout his work.


His works contain a sense of drama without being staged or retouched. Light
is his palette and his portraits have a painterly quality that1s hard to
pinpoint. His portrait of Susan Sarandon, for example—elegant, girlish,
innocent and hidden, she is nearly swallowed by the darkness of the room yet
is illumianted by the fresh light falling through the window where she sits
like a kid on the sill. Models shot in a marsh become renaissance figures,
the light soft and flat, diffuse, preserving the secrecy and nobility of
each subject. He is markedly not confrontational or probing—alowing a piece
of the heart to sly peek through. He catches the inner elegance of each
person, the gestural sense of an ongoing life through a face,

-Masterminds of Mode ( International Festival of Fashion photography in Japan ).

Equipment use goes from Mamiya 645 to in between 8 *10 view camera here in my Studio in Williamsburg , Brooklyn New York..from candle light to handmade light to Profoto equipment depending of the mood i would like to give..