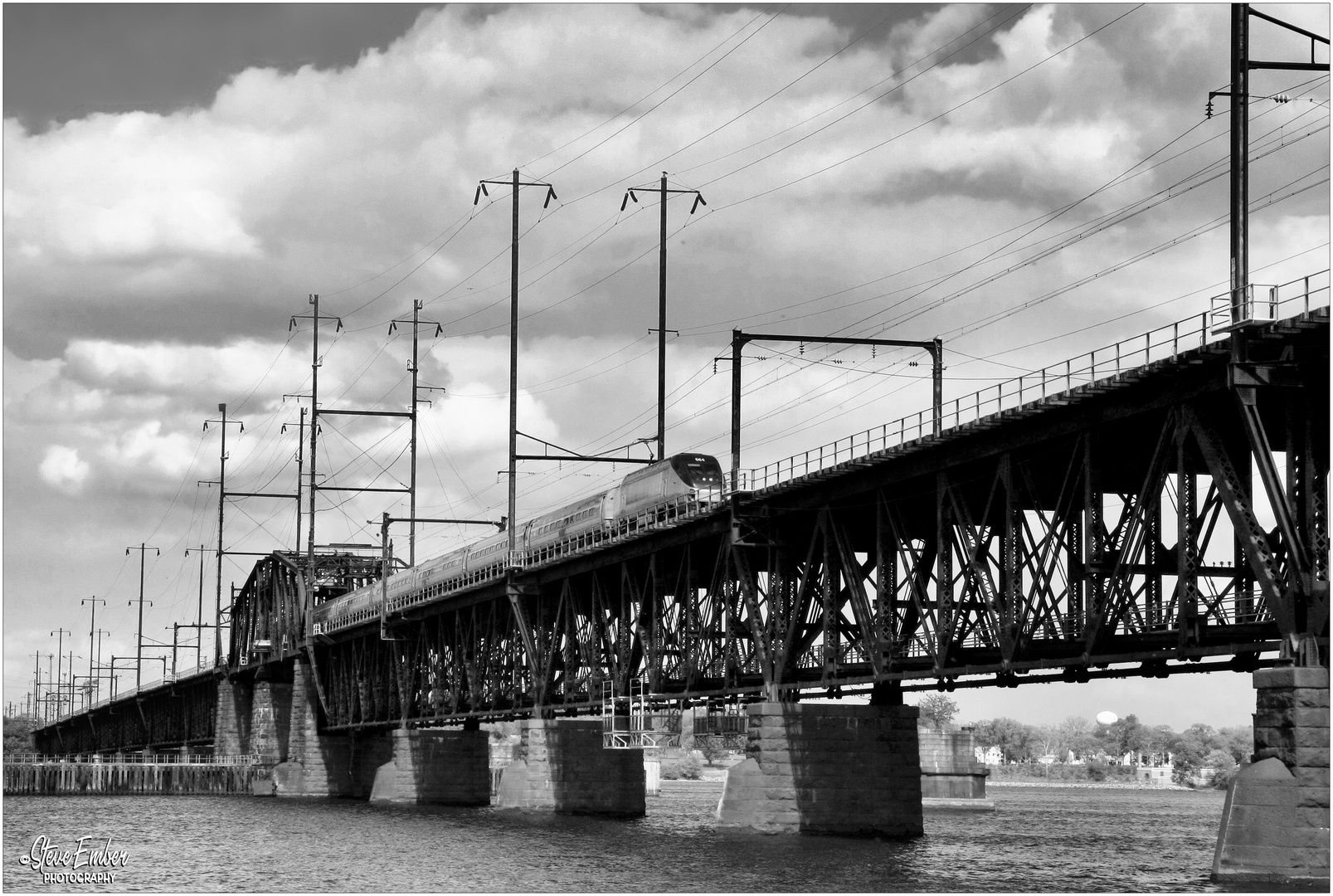 Amtrak, the corporation that runs intercity passenger trains in the United States, celebrated its 49th birthday on May 1.

A favorite Amtrak location for me, whether photographing trains or viewing from the window of one, has always been this magnificent bridge, built by the Pennsylvania Railroad in the early 20th century, over the Susquehanna River, along the densely traveled high-speed Northeast Corridor, connecting Washington, New York, and Boston

The bridge, connecting the northeastern Maryland towns of Perryville and Havre de Grace, spans a
very broad stretch of the river, close to where it flows into the headwaters of the Chesapeake Bay.

This photo, taken on the Havre de Grace side of the river in May 2013 and making its first appearance today,
shows a Washington-bound Northeast Regional train, pulled by an HHP-8 (High Horsepower) electric locomotive.

The HHP-8's, along with the more numerous AEM-7s (*), have since been
replaced along the corridor, by the newer ACS-64 Sprinter-class locomotives. (**)