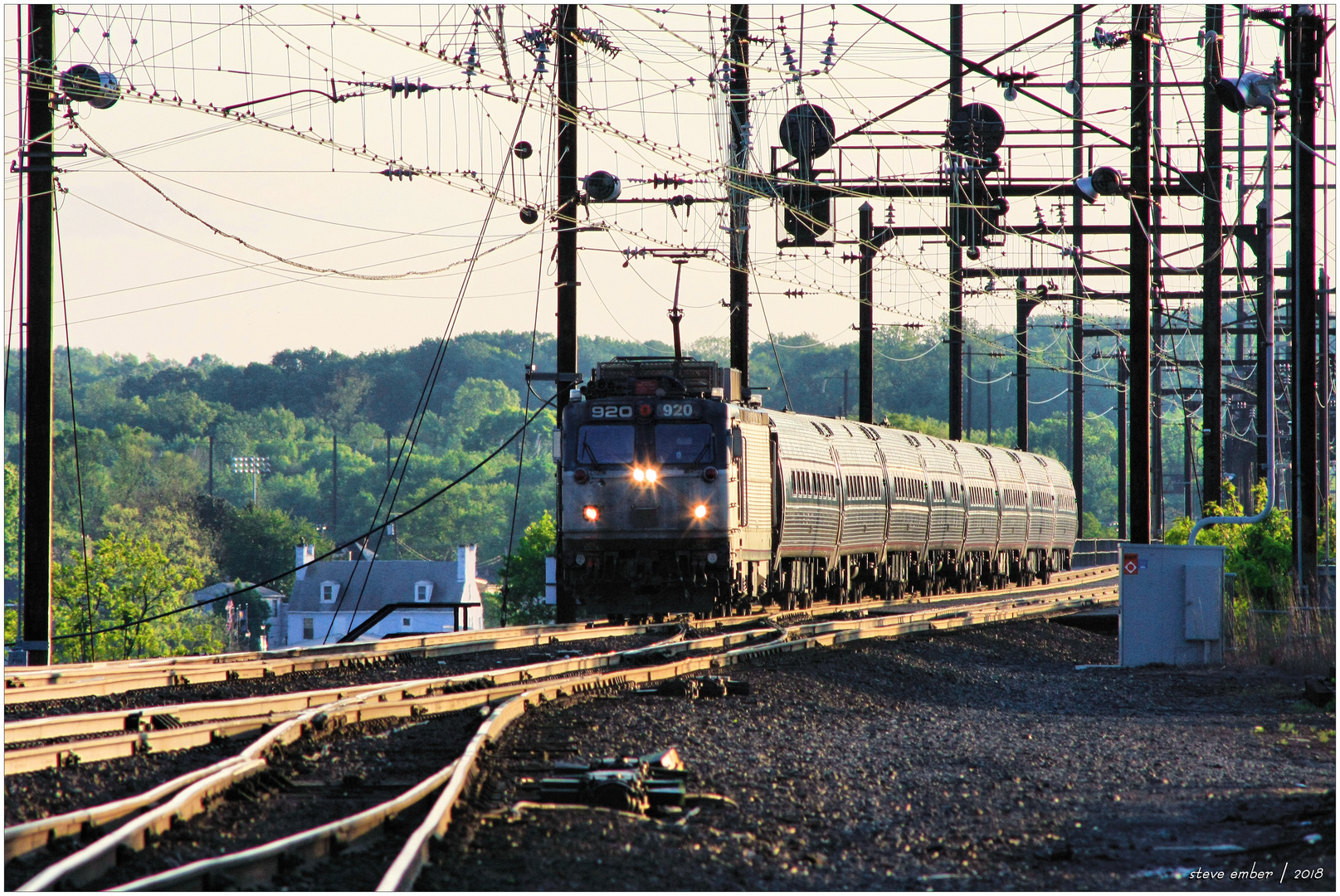 In 2016, as Amtrak's AEM-7 electric locomotives were nearing the end of their careers pulling
high-speed trains along the Northeast Corridor, awaiting retirement and replacement by the
new ACS-64 "Sprinter" locomotives (*), I sought to capture these machines. while it was still
possible, in some favorite settings along which they pulled their trains since the 1980s..

In this tele-compressed view, an AEM-7 is on the point of a New York bound
eight-car Northeast Regional train at Perryville, in northeast Maryland.

It has just crossed the broad Susquehanna River on a long bridge (**) and will blast
through the Perryville station just ahead, which is served only by MARC commuter trains