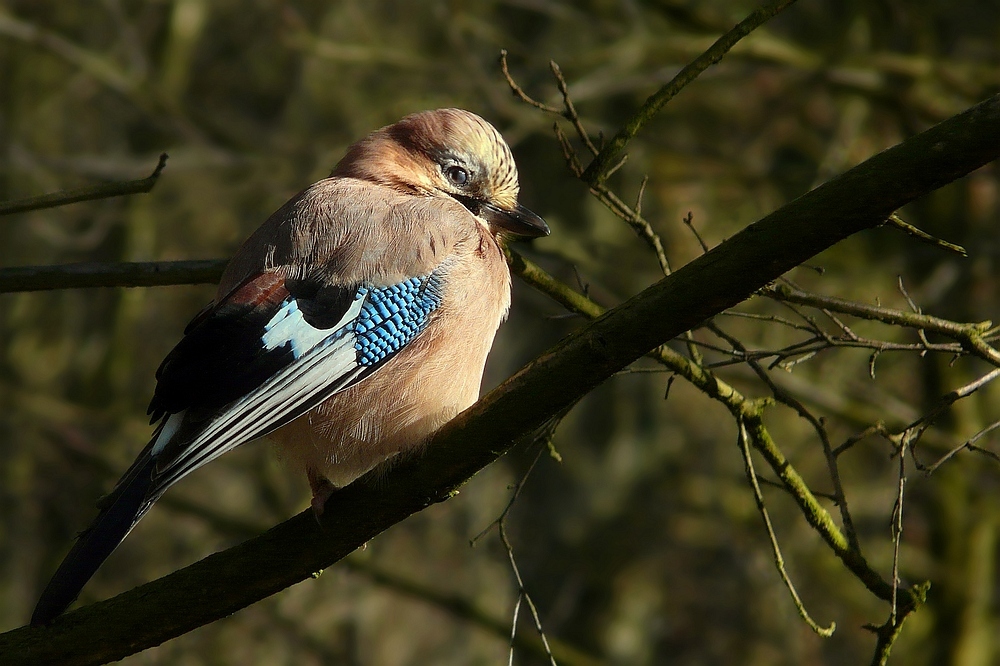 The Jay is a very shy bird that belongs to the crow family.
This specimen was taken a beneficent sunbath in such a concentrated way, I could photograph him in full regalia.

Acorns are the most important component of its diet. These are buried during autumn to provide a stock of food for the harsh winter times.
It is widely believed that Jays play a crucial role in the spread of oak woodlands.
Several thousands (!) of acorns are stored by one single bird in the forest each autumn !

A big thanks to CsomorLászló for the kindly nomination of this picture.