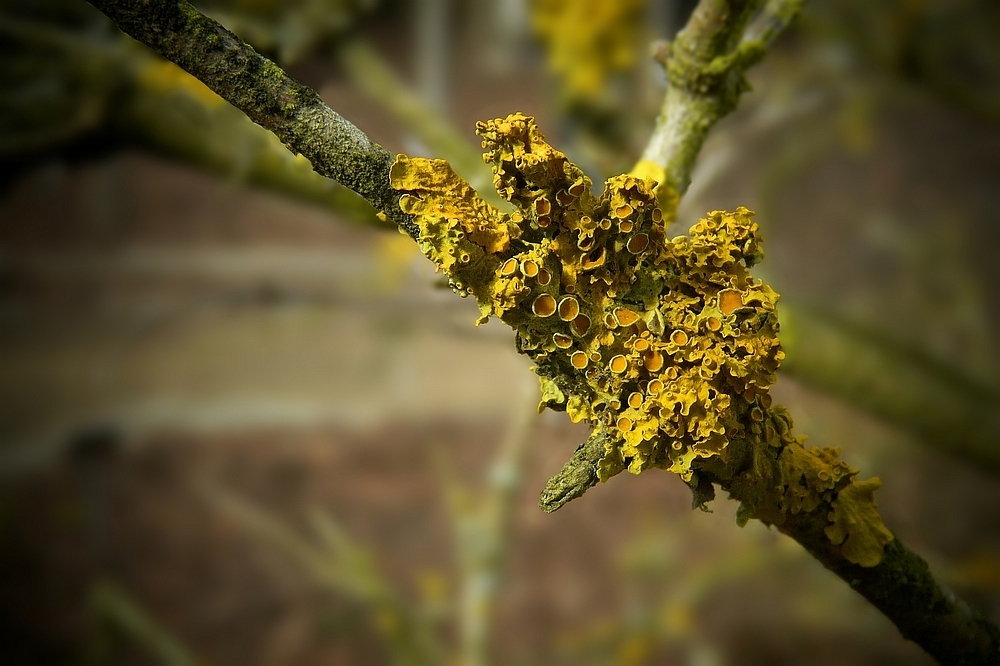 Yellow Scale is a lichen that grows in all continents on earth with exception of the polar regions.

Just like fungi, lichens too are an interesting and fascinating aspect of nature with 25.000 species having been described and identified worldwide.
A lichen is a composite organism consisting of a fungus and a (green) alga and grows as a single individual mostly on trees (but also on bare rocks, man made walls and concrete gravestones).

In the ancient Egypt, lichens were used as packing material for……. mummies !