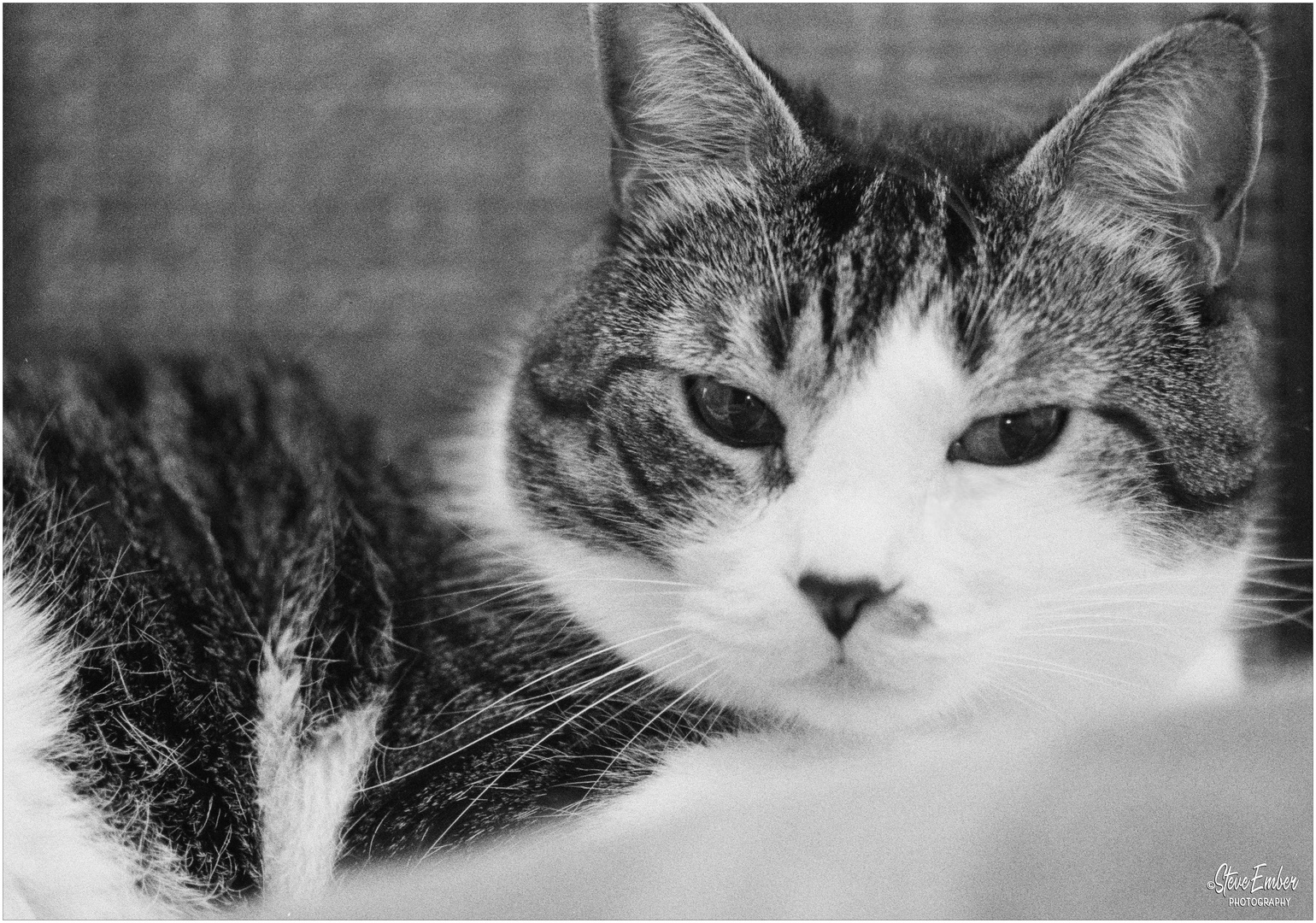 Or scamp'ring round the house at three
With tail all thick and bushy
Then asking for a tummy-rub (*)
Oh, yes, his life IS cushy!

This little boy's a constant joy
With antics his brain is humming
And with his purr-gurgles and Wookie-speak
One can always hear him coming.

And when it's time to call it a night
He sprawls before my feet,
Waits to be picked up and carried upstairs
Don't tell me that ain't neat!

I don't know where he came from,
This funny little moggie
But I'm so glad he picked me out
Without him life would be...just...sloggy.