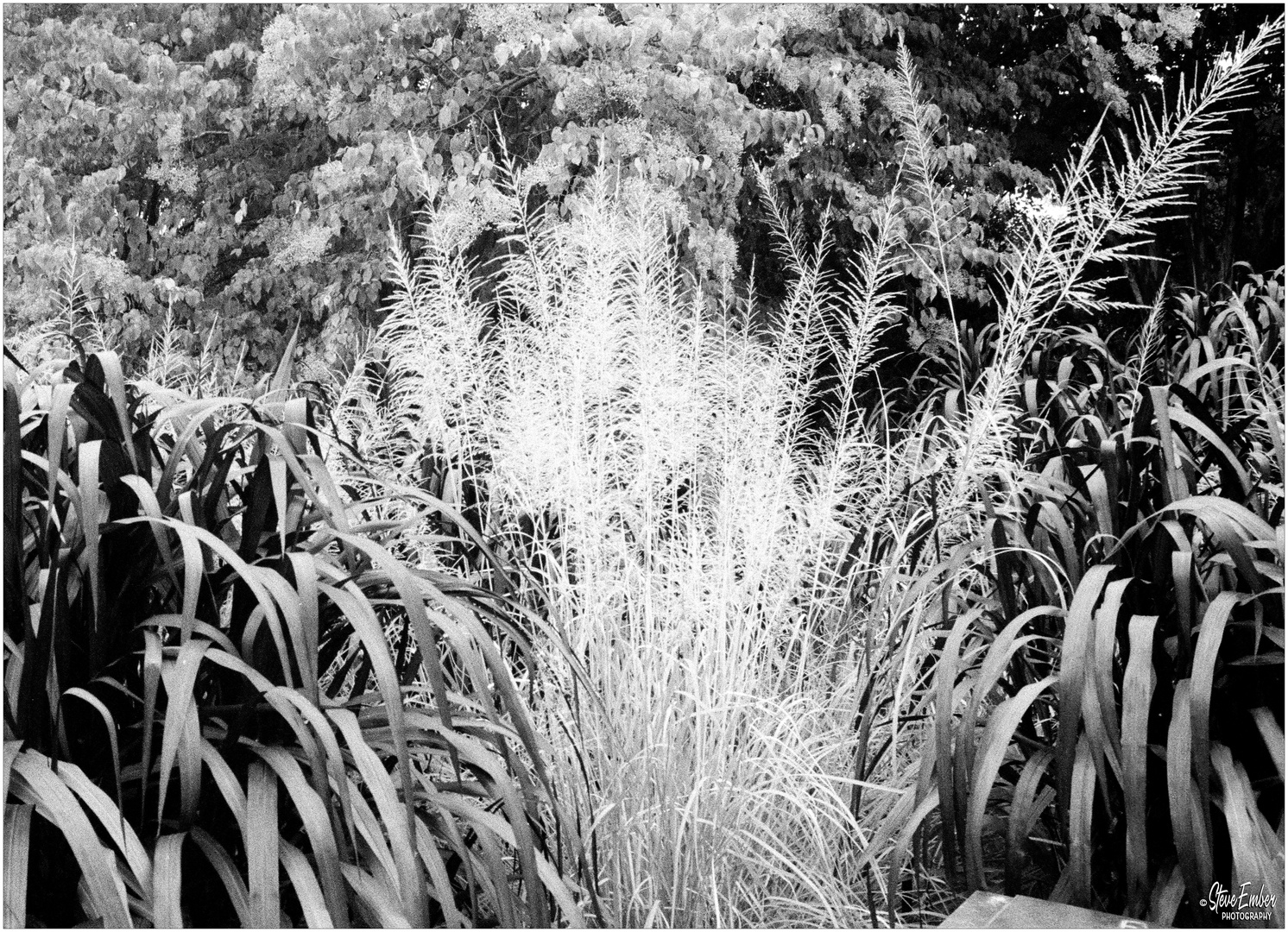 ...at the National Arboretum, Washington, D.C.

Usually, when shooting motifs such as this one, my approach is to do so in color,
whether digitally or perhaps availing myself of the vivid palette of a favorite slide film.

But on this October afternoon, under a mostly brooding sky (*), I also had along a camera loaded with black and white, and I actually rather liked the way the Ilford HP5+ rendered the forms and textures in this garden at the Arboretum.