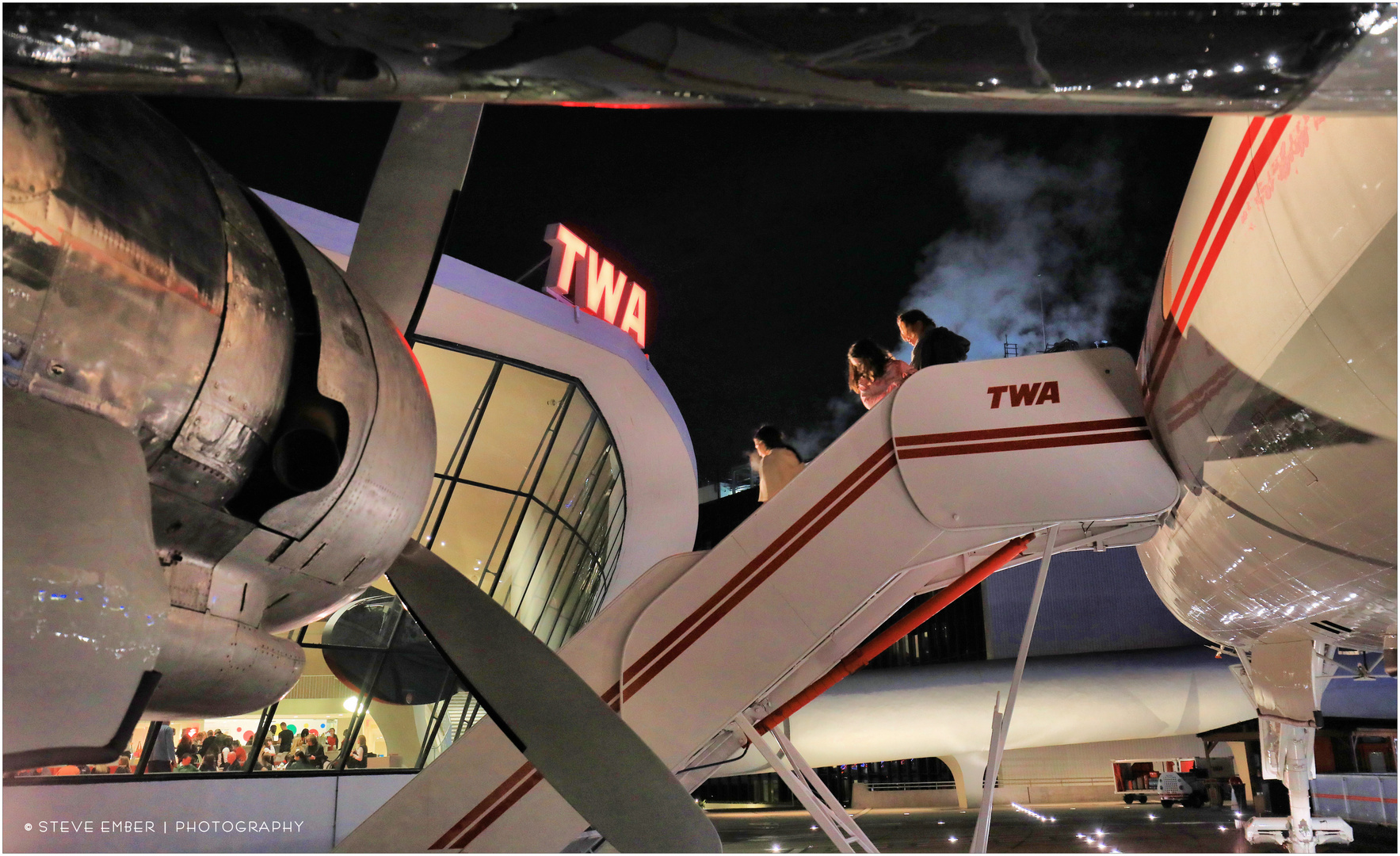 I wonder how many of us occasionally fantasize over how mind-cleansing and pampering it could be if an escape
from this dispiriting year in which we are stuck might be available...in the form of HG Wells' invention for time travel.

Not too sure I'd want to escape to the uncertain future, but I can think of some earlier eras whose civility and
class I know I'd enjoy...perhaps the era suggested by this image...when traveling by air was a bit more... special.

About the photo...
"Star of America" sits proudly on the tarmac of one of the terminals she might have called at in her prime. The
TWA Hotel occupies the preserved portion of the Eero Saarinen designed TWA Flight Center. The distinctive
terminal was designed around the new demands of the jet age. When it opened in 1962, at what was then known
as Idlewild International Airport, while the real glamour-gals would have been TWA's new "StarStream" 707's,
its gates and soaring glass would still have seen that once classy airline's Constellations. And no Connie was
quite as lithe and graceful as the L-1649 Starliner.

No, the people on those stairs were not being irresponsible in not wearing face masks; the photo was taken
last Christmas, when I treated myself to a few hours of getting up close and personal with "Connie." (*)
It makes its first appearance tonight.

Seen beyond the Connie's stairs is one of the two passenger "Flight Tubes" from Saarinen's TWA Flight
Center, connecting the TWA Hotel, a part of the original TWA terminal, to JFK's Terminal 5, serving JetBlue.

Can you imagine the olfactory "cocktail" of some high octane Avgas and warm lubricating oil combined
with perhaps a soupçon of French perfumes wafting through the air of this cold December night?