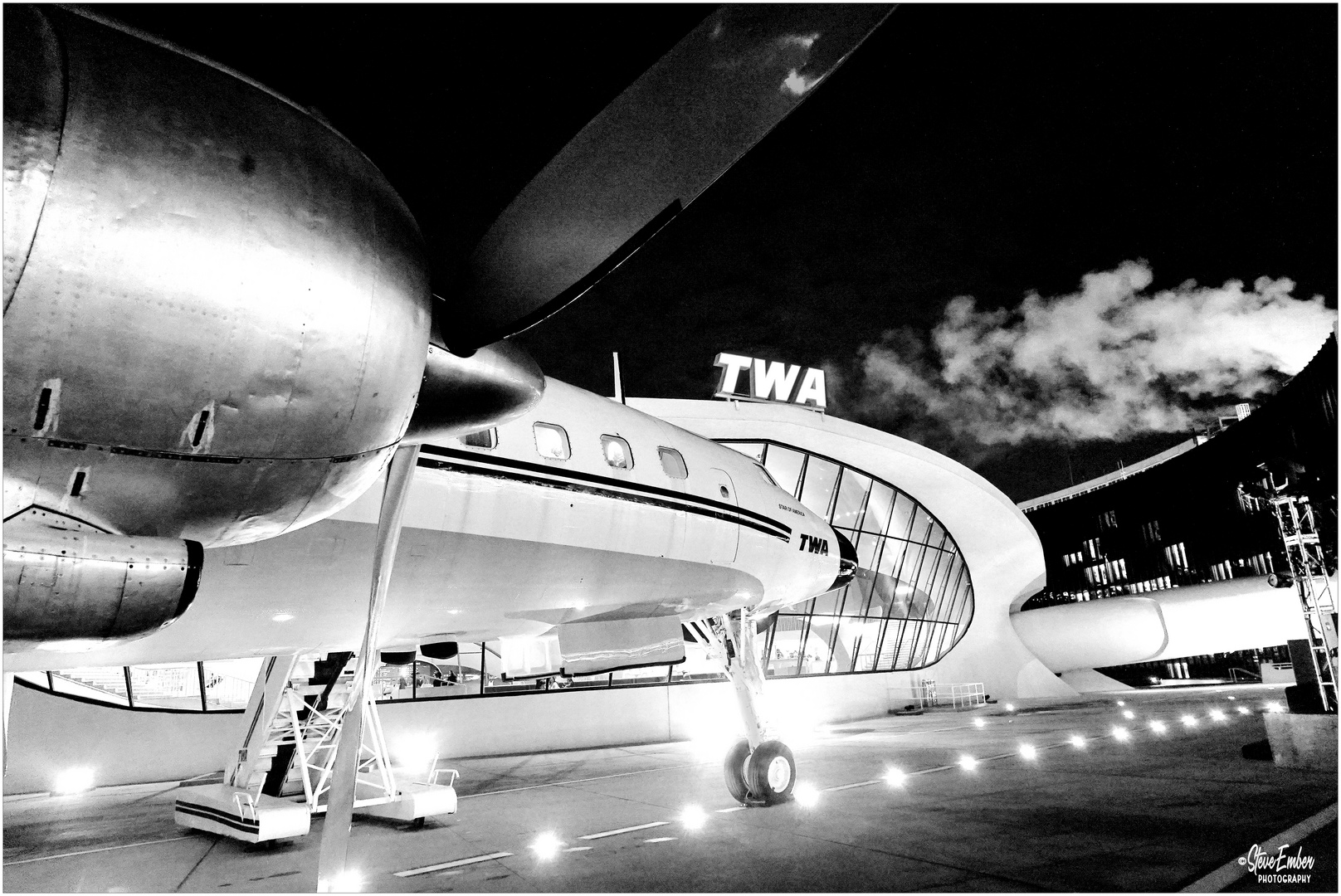 "Star of America" is the name of the Lockheed L-1649 Starliner at the
new TWA Hotel at John F. Kennedy International Airport in New York City.

The Starliner was the highest evolution of graceful and distinctive form of Constellations
and Super Constellations that flew the domestic and worldwide routes of Trans World Airlines.

This is how I spent Christmas night, 2019, walking around this beautiful old gal on the tarmac with a couple of insatiable cameras...toasting her (and the memory of TWA) inside her cabin with a couple of juniper berry based libations...an ample charcuterie platter...a selection of cheeses...and, naturellement, a sinful dessert, while imagining the roar of her four mighty radial engines as she gracefully climbs out over a moonlight-silvered Jamaica Bay on the way to, oh,
London...Paris...Frankfurt...Zürich...Istanbul...

How could such a lovely bunch of recent memories suddenly seem so...distant?

But Connie will still be there when we all get through our current trials...
And I'll be there again to walk around her with some cameras, perhaps
next time at twilight, and to climb her stairs to toast her once more..

About the photo...
"Star of America" sits proudly on the tarmac of one of the terminals she might have called at in her prime. The TWA Hotel occupies the preserved portion of the Eero Saarinen designed TWA Flight Center. The distinctive terminal was designed around the new demands of the jet age. When it opened in 1962, at what was then known as Idlewild International Airport, while the real glamour-gals would have been TWA's new "StarStream" 707's, its gates and soaring glass would still have seen the airline's Constellations, and no Connie was quite as lithe and graceful as the Starliner.