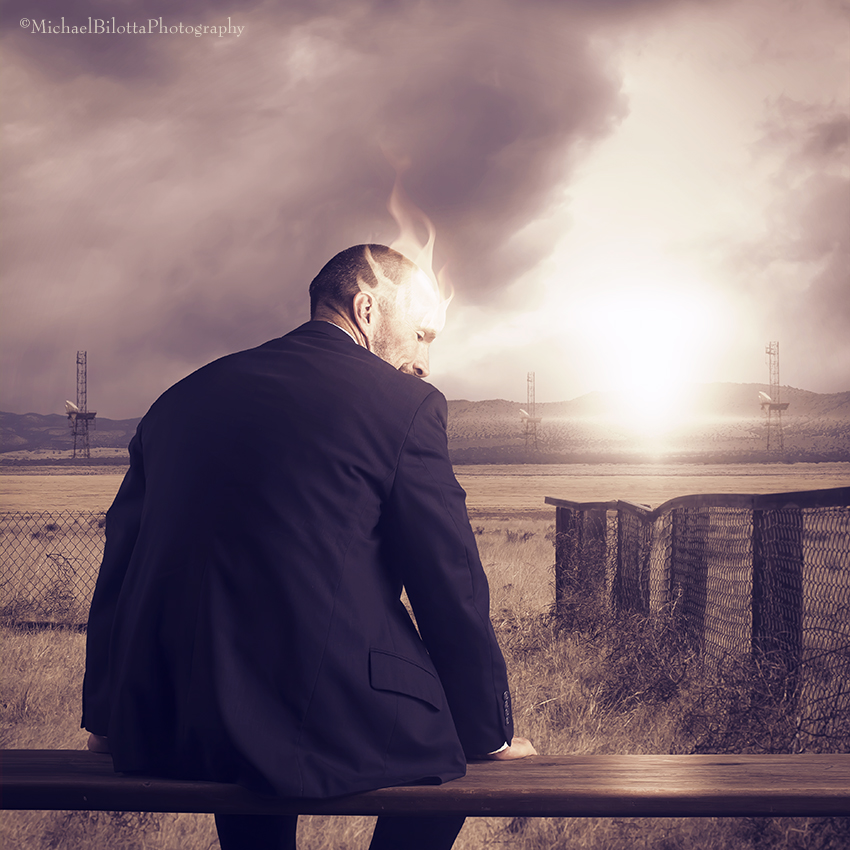 the Destroyer of Worlds

the Destroyer of Worlds

J.R. Oppenheimer: the father of the Atomic Bomb, the American Prometheus, the scientist who led the way to the world's first nuclear explosion, the genius who, arguably, carried the deaths of 200,000 people with him for the rest of his life. World War II was a turning point in our history on so many levels, and it's hard to not look at the whole picture, the scope of it is almost to the exclusion of the individual. For some reason, this period in our history has held a fascination for me like no other.

There were real monsters in that war. The truth and the horror of those monsters were captured in photographs and film like nothing that came before.

To say Oppenheimer was a monster is unfair, but he was largely responsible for the weapon that not only ended the war, but also ended the lives of over 200,000 Japanese, mainly civilians. Much has been written about him and his activities post war - how the scientist with the heavy conscience became the passionate humanitarian and spokesman for the control of nuclear arms. It's easy to imagine how the deaths of so many weighed on him for the rest of his life, how being known as the Father of the Atomic Bomb must have haunted him.

It was likely inevitable that someone would have prevailed and created the first bomb - in fact, Oppenheimer and the rest of his "luminaries" in the Manhattan Project were compelled to complete their task because of intelligence that Hitler and the Germans were working on that very goal. It became a race to make the first viable atomic weapon. On July 16th, 1945, in a place code-named Trinity in New Mexico, the first successful detonation of an atomic bomb was witnessed by Oppenheimer and his team. A few weeks later, after he advocated using the weapon on an unsuspecting civilian target in Japan, bombs were dropped on Hiroshima and Nagasaki, and Japan surrendered, and with that, the war was over.

He was quoted as saying the following about the Trinity test:

We knew the world would not be the same. A few people laughed, a few people cried, most people were silent. I remembered the line from the Hindu scripture, the Bhagavad-Gita. Vishnu is trying to persuade the Prince that he should do his duty and to impress him takes on his multi-armed form and says, "Now, I am become Death, the destroyer of worlds." I suppose we all thought that one way or another.

Earlier this year I was in New Mexico, and passed the location of the Manhattan Project and the Trinity test site. In many ways, those places were the birthplace of the Cold War, places where our already tattered innocence was finally and irrevocably sloughed off. We now had the ability to kill ourselves on a scale that threatened extinction.

There is another quote I found of Oppenheimer that I thought was quite appropriate for the nuclear age he helped give birth to:

The optimist thinks this is the best of all possible worlds. The pessimist fears it is true.

I suppose I am interested in the human element of these historic and iconic events. What is it like for a man to witness his most profound achievement used to kill on such a level? How does one reconcile the feeling of pride with the realization of such destruction?

These are modern day monsters, to me. And yet, not monsters really, just people, in extraordinary times, in extraordinary circumstances. Oppenheimer was indeed a key player in the birth of the Nuclear Age, and history certainly has depicted him as such, but regardless of actions or consequences of those actions, there is a human element to these historical figures that often gets lost in the telling.

I am interested in what it is like for the man who creates such an instrument of death, what he carried with him afterward, what those events did to his conscience, his daily life. This is a second image of Oppenheimer I created, and it may be part of a larger series, "Masters of Destruction," which also contains my image "Cult of Personality" which was largely about Hitler. I feel it is worth exploring these individuals and accessing the human side of the monster, because the capacity for evil and destruction they demonstrated is within all of us, and circumstances both personal and external can awaken that potential in anyone.

The background image was shot near Alamogordo, the location of the Trinity test while I was in New Mexico. The towers represent both the literal tower constructed to drop the bomb at Trinity but also the three events themselves: Trinity, Nagasaki, and Hiroshima.