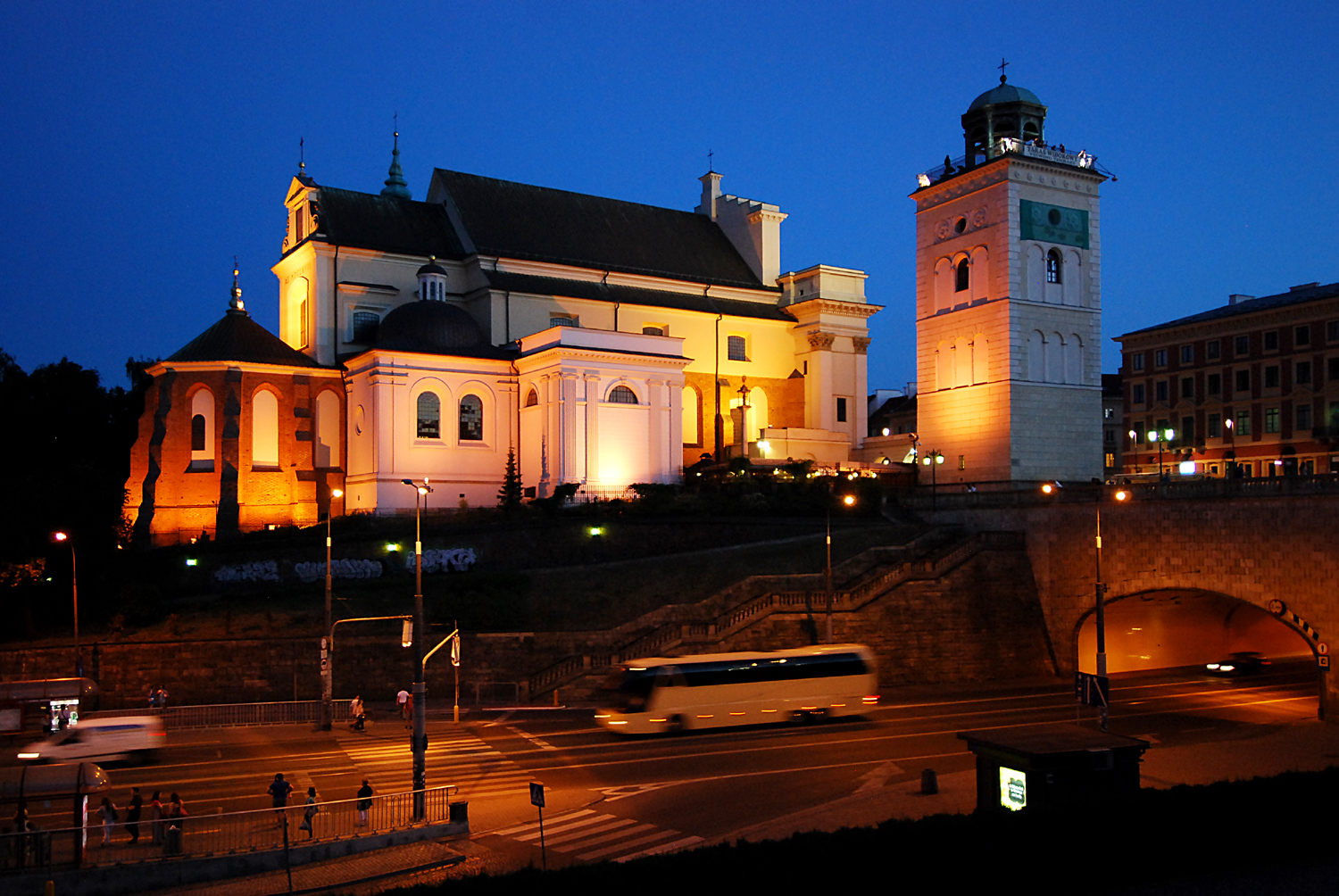 Church of St. Anne in the city of Warsaw (Warszawa), Krakowskie Przedmiescie street. One of the oldest churches in Warsaw. Completed in the second half of the 15th century, this Gothic church was a gift for the Order of St. Bernardine, it has been destroyed many times, and rebuilt in different styles each time. In 1515 it was burnt down, and in its place a new, larger church was built (designed by Michal Enkinger from Gdansk), and its founder was the duchess Anna Radziwillówna. The princess' tombstone, built in 1522-1523 was the first monument in the rebuilt church. At the end of the 16th century near the church a free-standing brick bell tower was erected, which today serves as a vantage point. The current Neoclassical façade hides a rich baroque interior which includes some original elements: the main altar and three pairs of lateral ones, the organ and the pulpit are all from the 18th century. The church, which is located near the major universities of Warsaw (the University of Warsaw, the Academy of Fine Arts, the Fryderyk Chopin University of Music and Dramatic Academy) plays an important academic role. The lookout terrace is located on the belfry close to the church.
www.warsawtour.pl/en/tourist-attractions