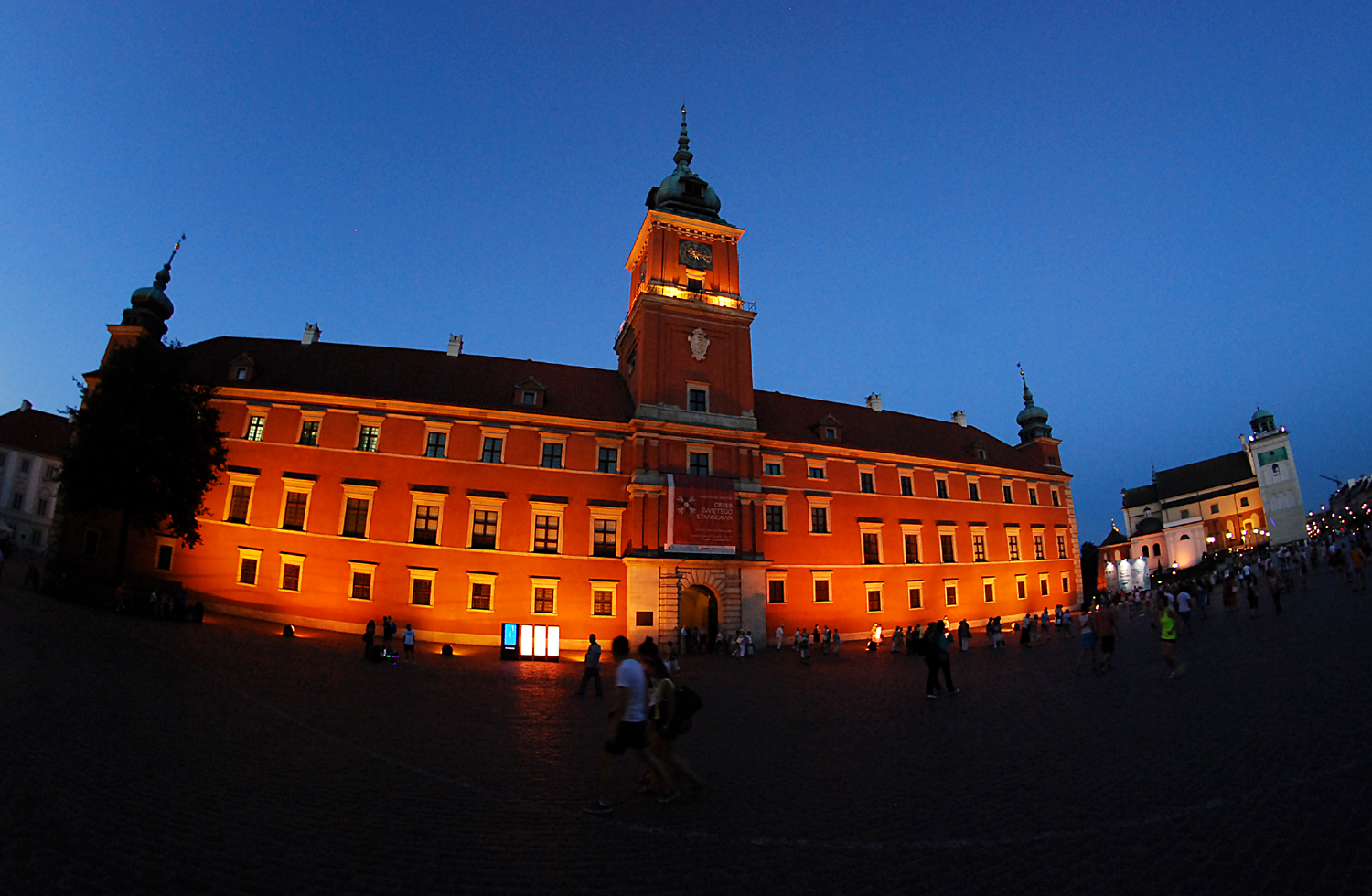 The Royal Castle in the city of Warsaw (Warszawa), Poland (Polska) dates back to the 14th century when a tower and wooden buildings stood here. The construction of the Castle in its current form began towards the end of the 16th century. King Sigismund III. (Zygmunt III.) ordered the expansion shortly after Warsaw became the capitol of Poland in 1596. Later the castle was expanded several times. King Wladyslaw IV. built the Wladyslawowska Tower (in the courtyard) and King August III remodeled the outside of the castle facing towards the Vistula and the wing facing towards the north. The largest modifications were done by Poland’s last King Stanislaw August Poniatowski after he came to power in 1764. He changed several things inside the castle and built the south wing. In the Second World War a huge part of the castle was damaged in 1939, later in 1944the remaining parts were destroyed. Today’s Royal Castle is a reconstruction of the old castle. Fortunately lots of original details can still be seen today as they had been kept at a secure location during the war. The decision to rebuild the castle came in 1971, so that the reconstruction took around 50 years from its destruction.