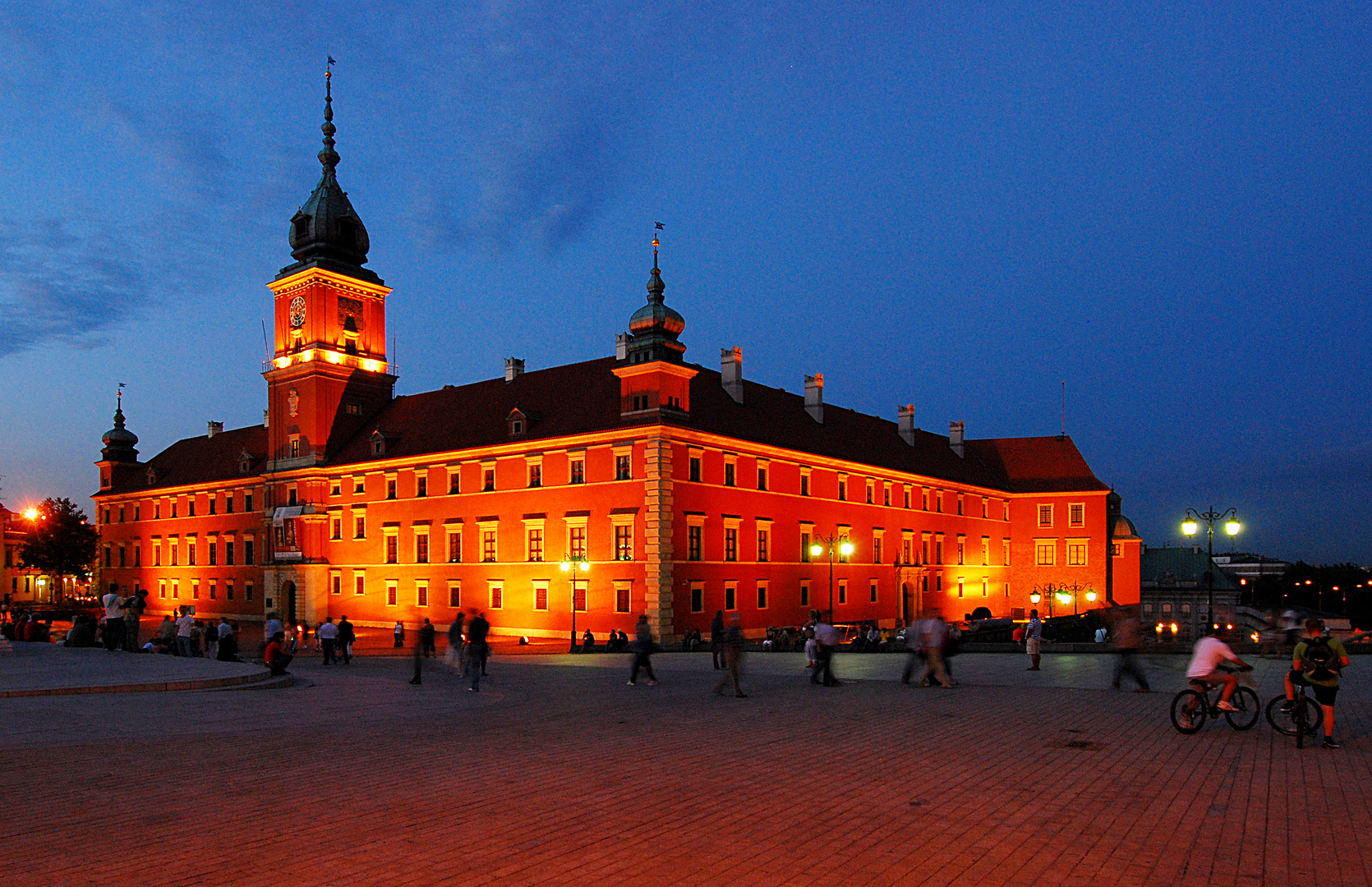 Royal Castle in the city of Warsaw (Warszawa), Poland (Polska). The origins of Warsaw's Royal Castle or Zamek, which stands of the Vistula escarpment at the southern end of the Old Town, go back to the Mazovian Prince, Bolesław II at the turn of the 13th century. Later, King Zygmunt August held meetings of the Polish parliament there. In 1569, after the Union of Poland and Lithuania, Warsaw, conveniently equidistant from Krakow and Vilno, the two capitals, became the permanent location for such meetings which took place at the Zamek. It was also at the Zamek in 1573 that the Assembly of Warsaw enacted Poland's charter of religious freedom which proclaimed "everyone is free to worship according to his conscience's faith." This was a great achievement for though today Poland is overwhelmingly Catholic, in those times the Catholic faith was professed by less than half of the inhabitants and the charter spared Poland the horrors of the religious wars that engulfed much of Europe during the counter-reformation.