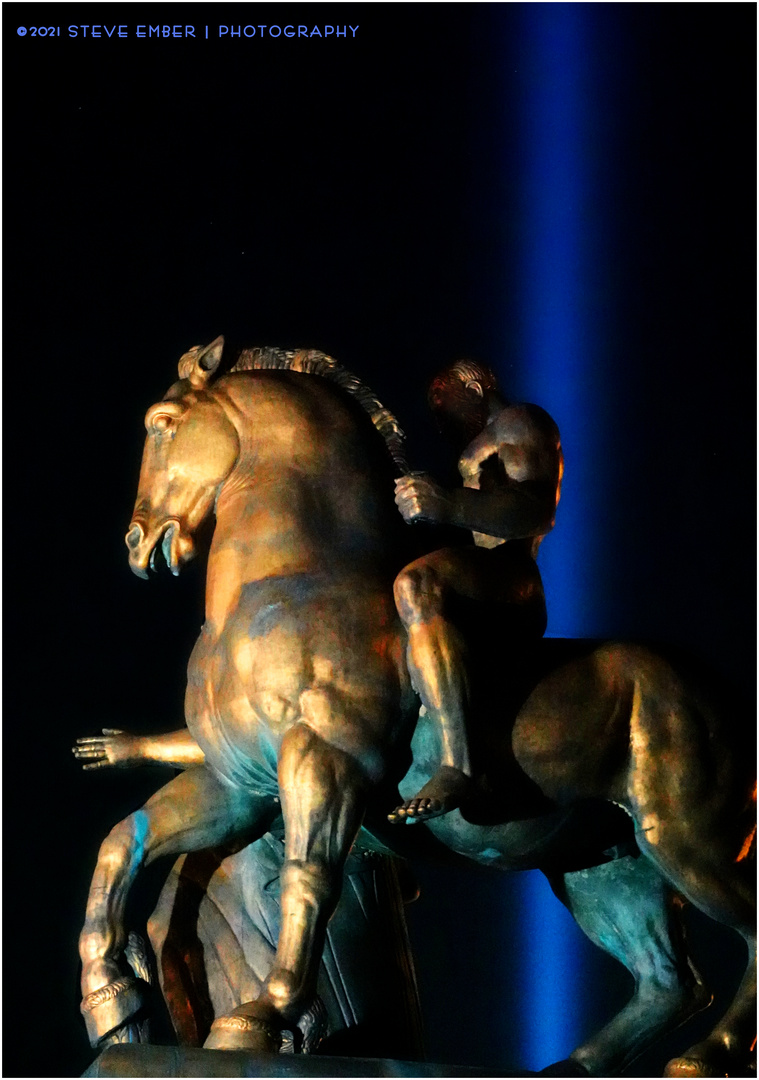 "Sacrifice" (*) is one of the two "Arts of War" sculptures that flank the Washington end of the Memorial Bridge.

Beyond it, from the Pentagon, across the Potomac in Arlington, Virginia, rise the "Towers of Light."

The blue column commemorated the lives lost when al-Qaeda terrorists took over American Airlines Flight 77,
which had departed Washington Dulles International Airport bound for Los Angeles, and flew it into
the west side of the Pentagon on the morning of September 11, 2001.

The photo was taken on the night of the 20th anniversary of 9/11 and makes its first appearance tonight.