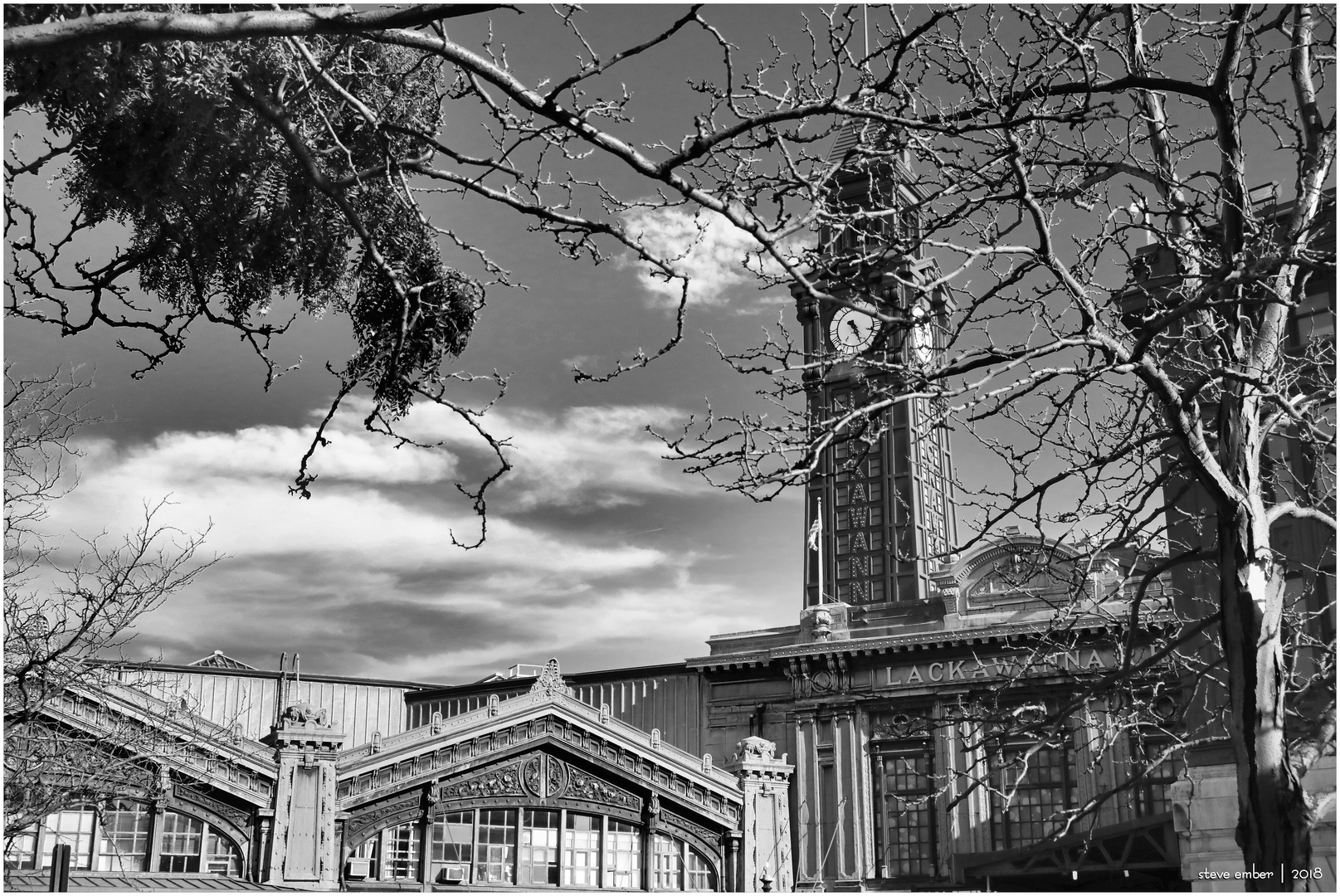 Once a major destination or departure point for trains of the Erie and Lackawanna railroads (later merged), Hoboken Terminal was, for many years, home to deluxe trains to Chicago, Buffalo, and other destinations west of the Hudson.

It now serves an equally important role as a major commuter nexus serving several rail lines of the
New Jersey Transit system, as well as west of the Hudson lines of New York's Metro North Railroad.

As in years past, arriving NYC-bound passengers can easily continue to their destination by the ferries that also
dock at this imposing transportation complex. The structures with the pointed tops are part of the ferry terminal.

Alternatively, arriving passengers can reach Manhattan
by boarding the PATH tube trains beneath the terminal.

Beyond these transportation systems, Hoboken Terminal is also a busy nexus for buses and light rail.

This impression is from a visit on a lovely early summer afternoon last June.