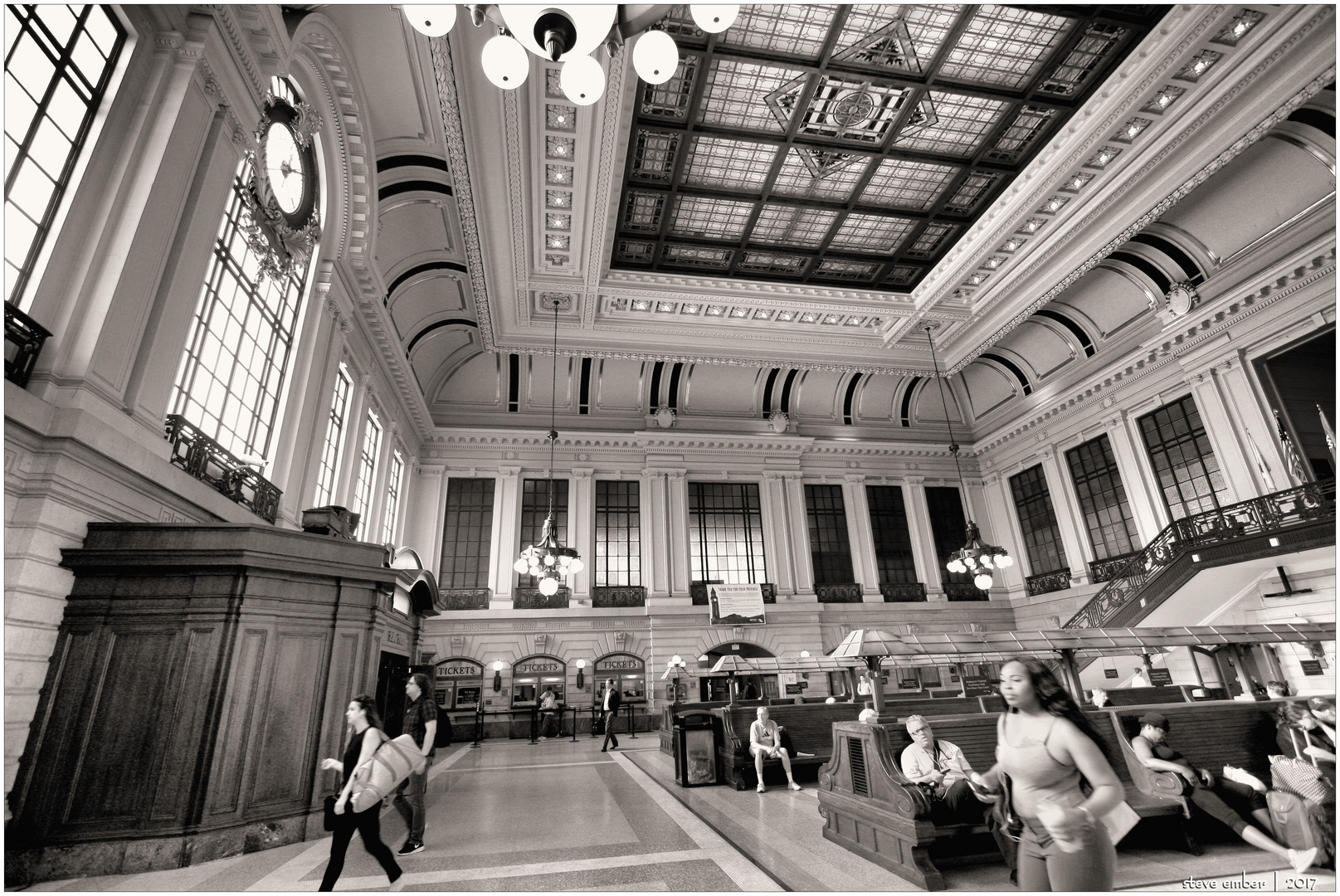 Once a major destination or departure point for trains of the Erie and Lackawanna railroads (later merged), Hoboken Terminal's Main Waiting Room once was home to passengers waiting to board deluxe trains to Chicago, Buffalo, and other destinations west of the Hudson.

True, the mighty New York Central had its magnificent Grand Central Station in the heart of midtown Manhattan.
And, once upon a time, the once-mighty Pennsylvania Railroad brought its passengers into an imposing
Beaux Arts terminal facing 7th Avenue.

But such railroads as the Erie and Lackawanna terminated on the other side of the Hudson, whether in Hoboken or downriver at Jersey City, and thus brought their NYC-bound passengers to their destination by the ferries that also dock at this imposing transportation complex.

Alternatively, arriving passengers could - and still can - reach Manhattan
by boarding the PATH tube trains beneath the terminal.

Perhaps, the waiting room gets less "sedentary" use now, as Hoboken is a major commuter nexus for trains of the New Jersey Transit system and the New Jersey lines of the Metro North Railroad, as well as the light rail lines and bus routes that converge here. So most folks you see are "on their way."

But what a magnificent place to linger when catching a train is not one's priority.
I did just that in June, as I explored the Erie Lackawanna Hoboken Terminal
and inviting surrounding areas(*) on a lovely summer afternoon.