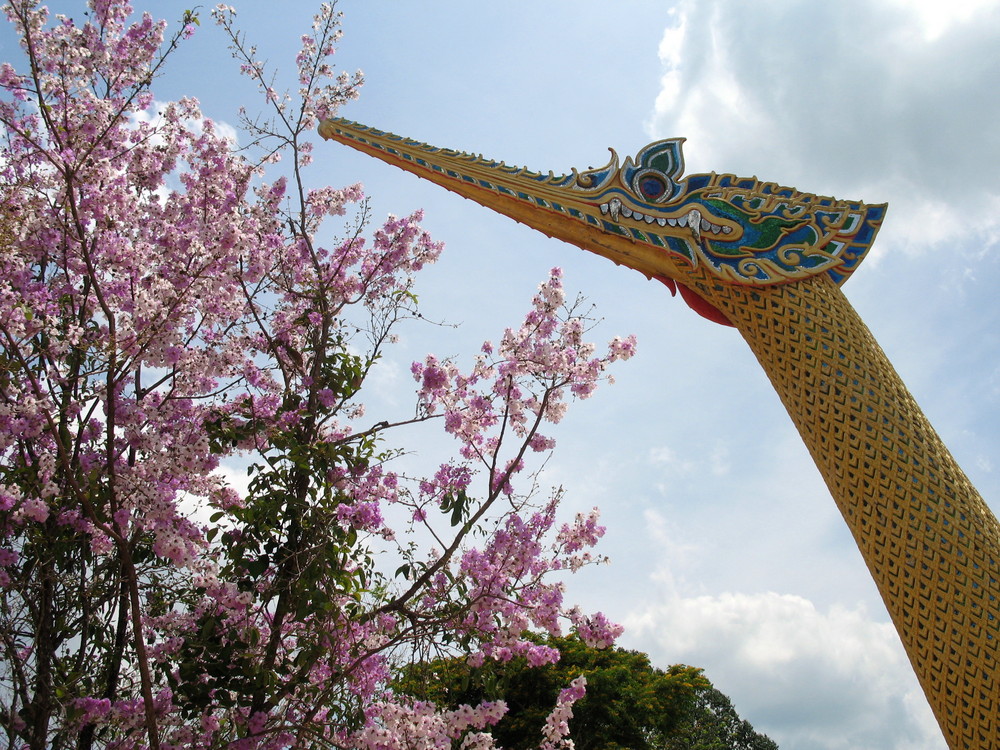 This picture was taken at the Wat Rat Uppatham near Khao Lak. The temple was built in 1990 for a ceremony, in which the King himself took part. Now it is almost deserted, the park around it is unfinished. Not really a nice place, but for that blossoming tree.
The bird's head belongs to an enormous ship, carrying the main temple building. The ship is a fake though, being made out of cement and placed in a shallow bassin.
From a certain angle, it looked as if the bird's head would look at the actually small tree and smell the blossoms. I thought it was a beautiful scene and here it is...