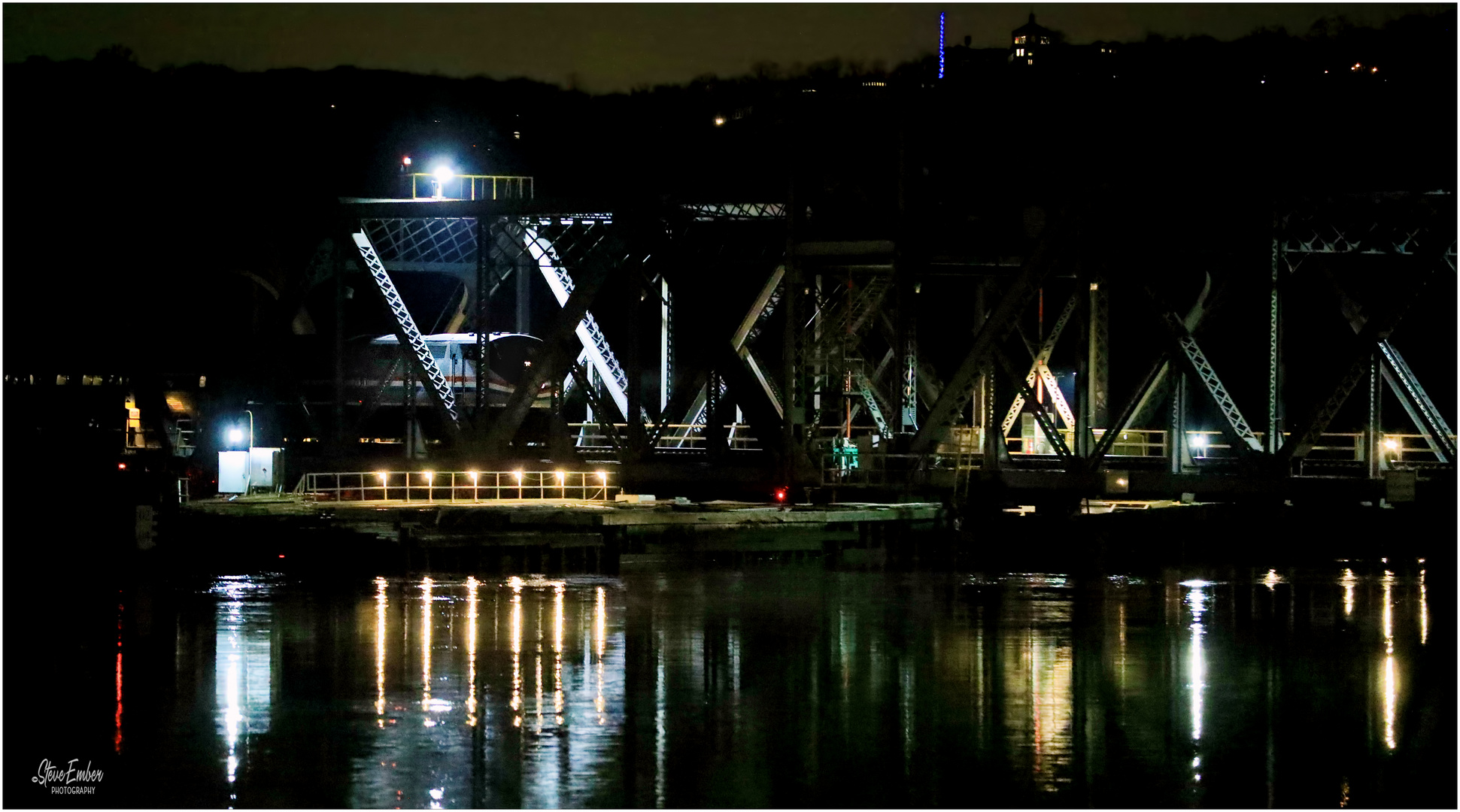 5:40 PM on a chilly Christmas evening in 2019...
A northbound Amtrak Empire Service train enters the Spuyten Duyvil swing-bridge on the
“Empire Connection” from New York’s Penn Station. The bridge can be swung open to
allow navigation between the Hudson and the Spuyten Duyvil Creek of the Harlem River.

The line uses the bridge to cross the Spuyten Duyvil, and will soon merge with the Metro-North
Railroad's Hudson Line (formerly New York Central) to follow that broad river on its upstate journey.

Power is being provided by a a GE Genesis type P32AC-DM dual mode diesel-electric locomotive,
equipped to take DC power from the third rail to allow trips to and from New York Penn.

In the background, across the Hudson, rise the New Jersey Palisades.