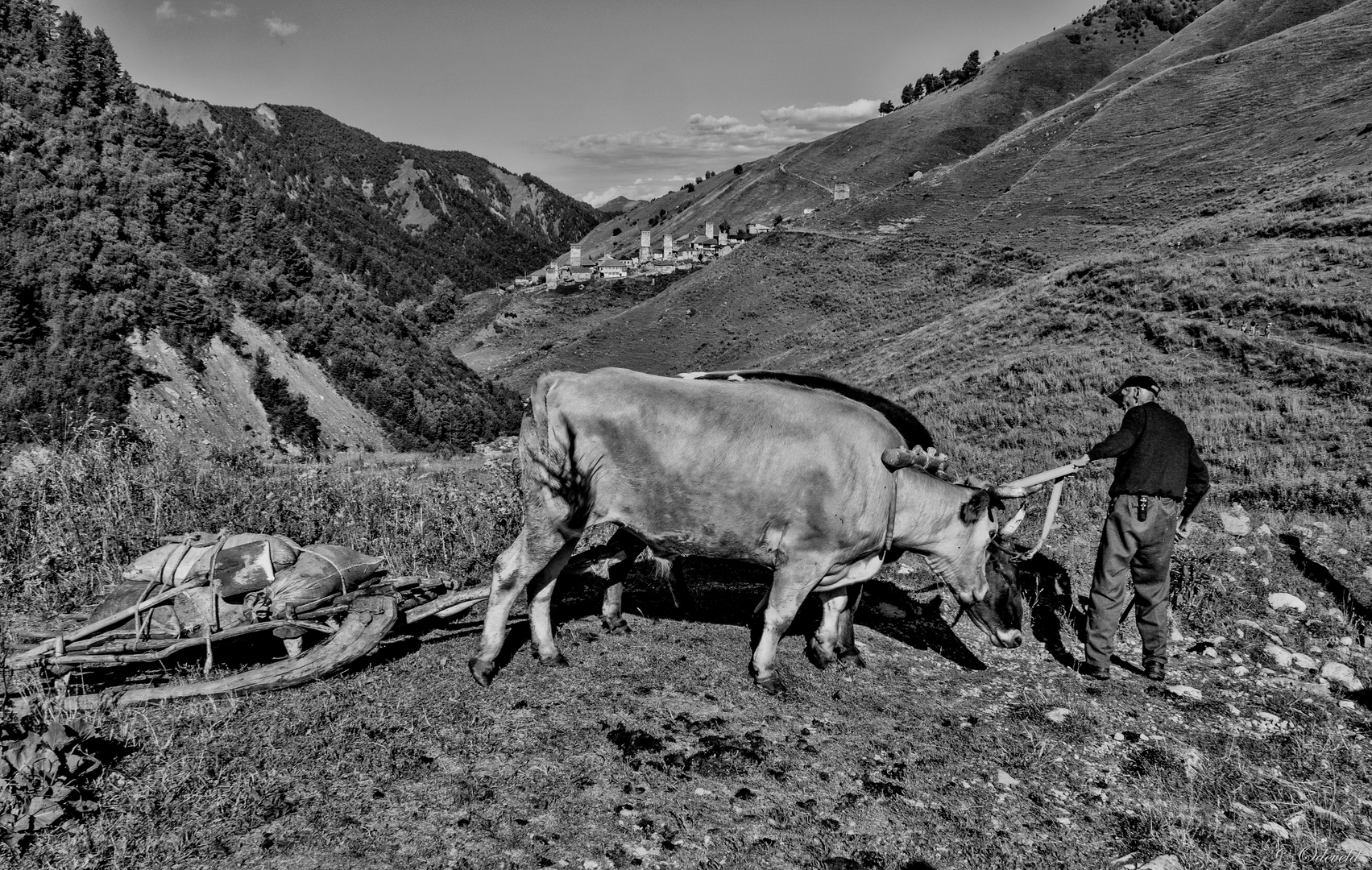 A day in Adishi, Svaneti.

A day in Adishi, Svaneti.

Svaneti is located in the North West of Georgia, on of the border of Russia..

By the very high position in the South Caucasus, the area remained untouched in many ways. Even the years that Georgia was part of the Soviet Union have relatively few traces left in the impressive mountain scenery.
The agriculture happened still primitive.