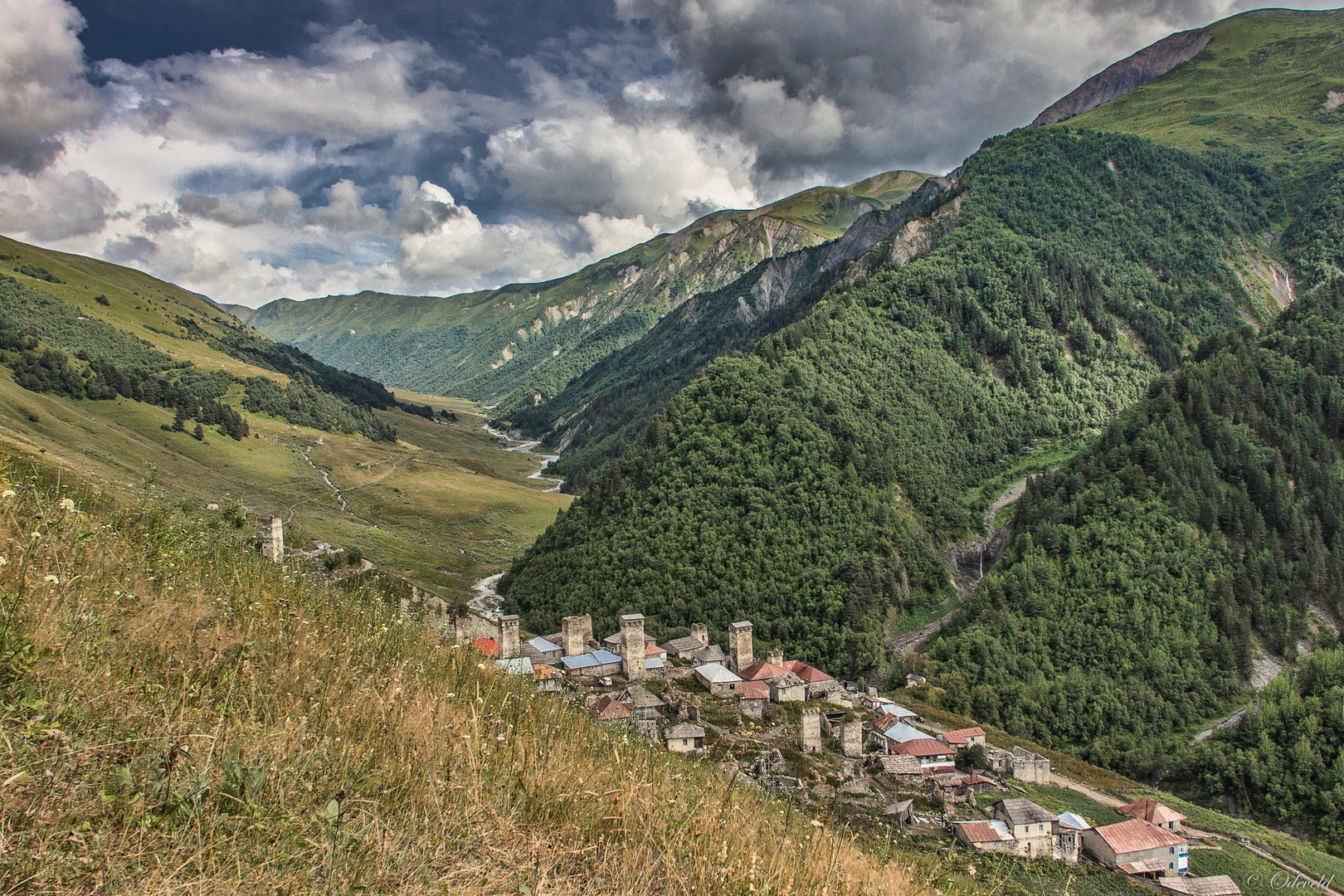 The tower homes of Svaneti were at the same time familial living quarters, fortified fortresses of defense, and personal treasuries. They offered protection to their owners and to their livestock, and also served as shelters for the most valuable possessions of every family, as well as copies of holy scriptures and religious icons and relics. Most of the towers date back to the period between 9th and 12th century.

The turbulent history of the region ensured that these fortifications remained in use long after similar defenses become redundant elsewhere in Europe. In recent times families have slowly begun moving out into more comfortable living spaces. However, many of Svan towers still remain in use, and the village of Chazhashi boasts as many as 200.

The similar dwellings can be found in a much wider area all over Caucasus. However, the typical Svaneti towers are concentrated in Mestia district.