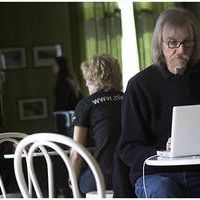 1970
Joins E.T. Howard Advertising Agency in New York as a copywriter on Peugeot, J & B Scotch, and Minolta Cameras. Writes: "What happens inside your mind can happen inside a camera." Advertising career initially spans five years, from 1967 to 1972. Takes photo course with Ken Heyman.

1975
Invited by Jussi Aalto to teach at the University of Industrial Arts Helsinki beginning in the fall of 1974. Stays two years.


1984
Invited back to teach in Finland at the Lahti Institute of Design and University of Art and Design Helsinki. Meets Viviane Esders who presents exhibitions in Paris and other French venues.