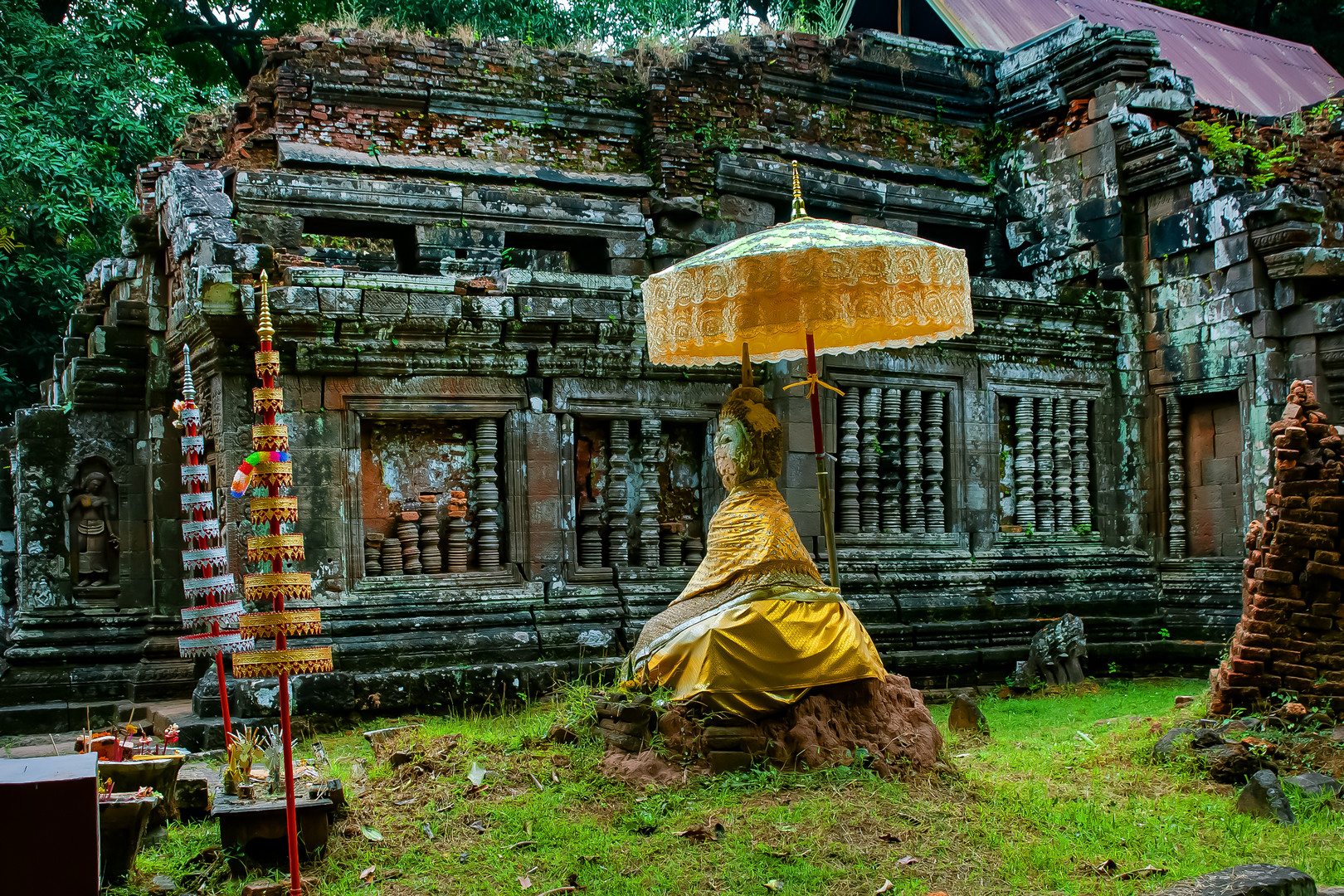 Compared to my first visit 21 years ago, a lot has been renovated at the cultural site. The temple district of Wat Phou is now a UNESCO World Heritage Site.
Wat Phou, which translates to “mountain temple” was built during the late 10th to early 11th century, which makes it older than Angkor’s best known monument, the Angkor Wat, which was built during the first half of the 12th century. Over the following centuries structures were added to the temple until the 14th century when the Angkor empire went into decline.

The Wat Phou was a temple dedicated to Shiva, one of the Gods of the Hindu Trimurti. In the 13th century it was converted into a Buddhist monastery. Even today the temple is still a place of worship for local Buddhists.