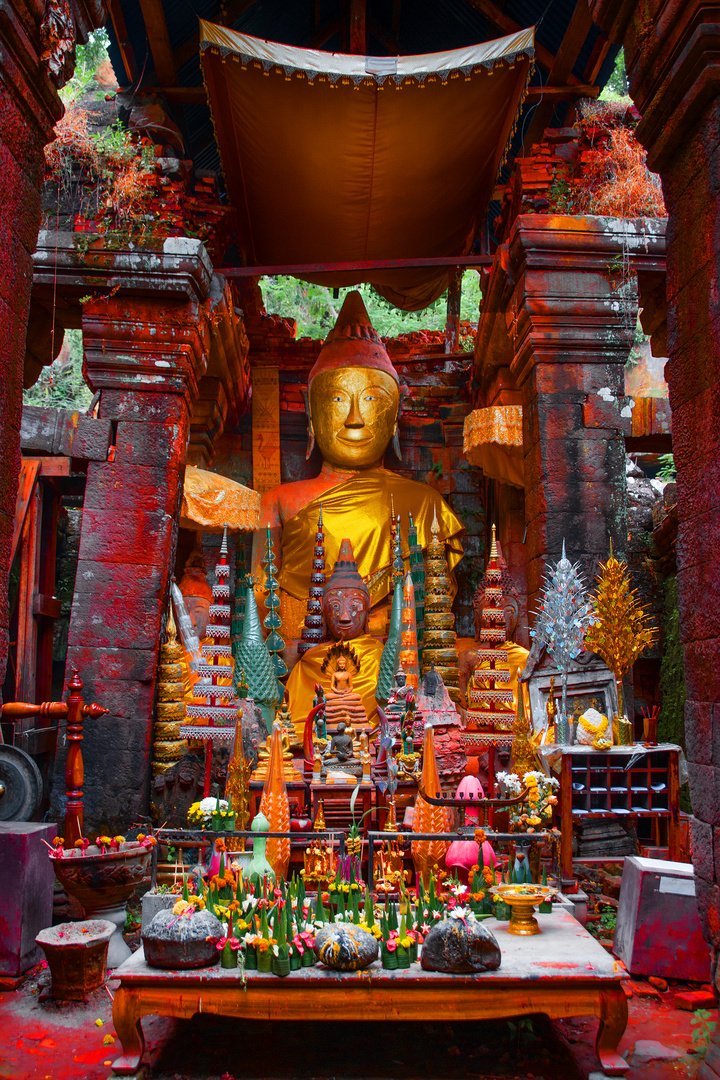 Wat Phou near Pakxé original an Hindu temple became a sanctuary for Buddhism too.
The Wat Phou was a temple dedicated to Shiva, one of the Gods of the Hindu Trimurti. In the 13th century it was converted into a Buddhist monastery. Even today the temple is still a place of worship for local Buddhists.
Here on the altar with a image of Lord Buddha passby people and pilgrims leavy their offerings in front of the statue.