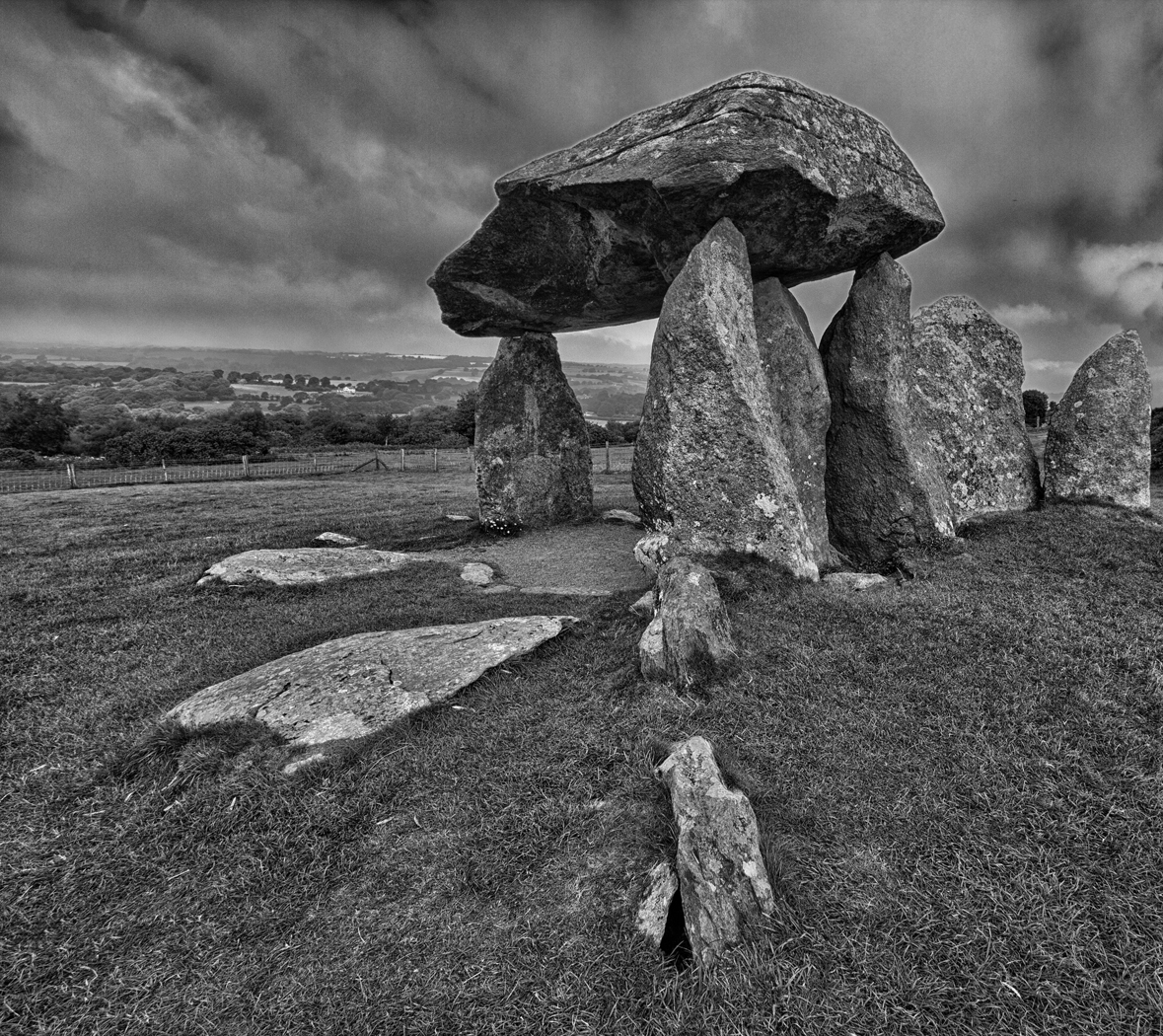 The Womb of Ceridwen.

The Womb of Ceridwen.

Pentre Ifan is a Bronze-Age megalithic site dating from at least 4000 B.C. It is probably the finest Welsh hilltop megalith (mega-lith = large stones). It is said to have been originally constructed as a burial chamber, but has been denuded of earth over several thousand years.The magnificent horizontal capstone is still in place and is estimated to weigh 40 tons. The hilltop site overlooks Fishguard Bay and provides a beautiful setting. The belief of the builders was that the interred soul (or souls) was closer to the Spirit World and also closer to the Sun, whose essence was worshipped as the giver of life, warmth and abundance. There is an interesting passage on Pentre Ifan written in 1911 by W.Y. Evans Wentz, author of The Tibetan book of The Dead, in his book The Fairy Faith in Celtic countries:
"The region, the little valley on whose side stands the Pentre Ifan cromlech, the finest in Britain, is believed to have been a favourite place with the ancient Drulds. And in the oak groves (Ty Canol Wood) that still exist there, tradition says there was once a flourishing school for neophytes, and that the cromlech instead of being a place for internments or sacrifices was in those days completely enclosed, forming like other cromlechs a darkened chamber in which novices when initiated were placed for a certain number of days....the interior (of Pentre Ifan) being called the womb or court of Ceridwen. "