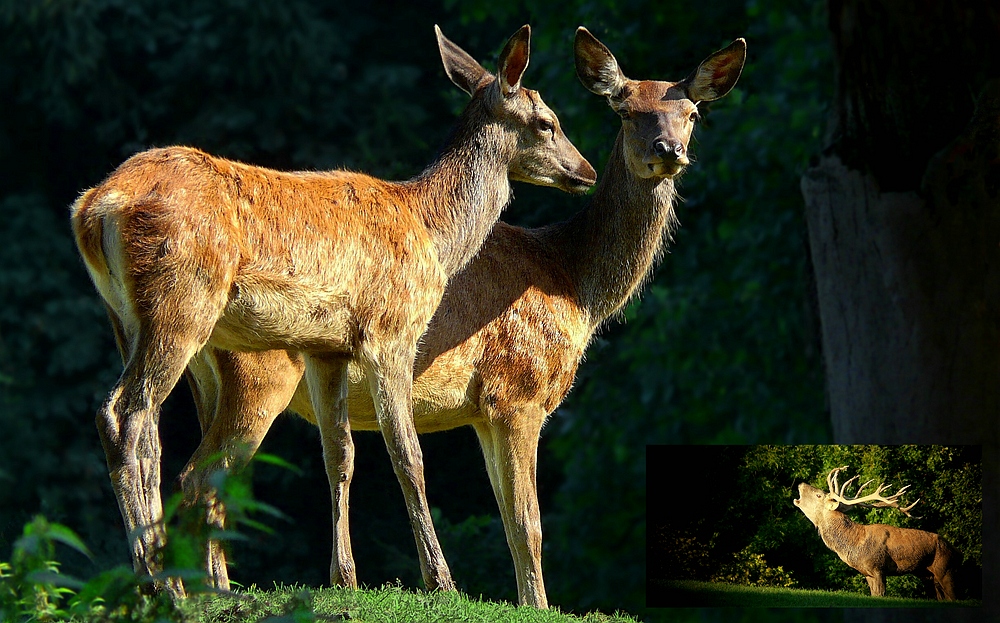 It’s early autumn.
In the forest the mating ritual of the Red Deer, called the rut, has begun.

Mature stags (males) compete for the attentions of the hinds (females) with a very distinctive and loud "roar" that can be heard for miles around in the forest.
The hinds are initially attracted to those stags that both roar most often and have the loudest roar call.

The hinds in the shot were pricking up their ears very concentrated to make a good choice.

The inset picture is a shot from last year and can be seen here in full detail :