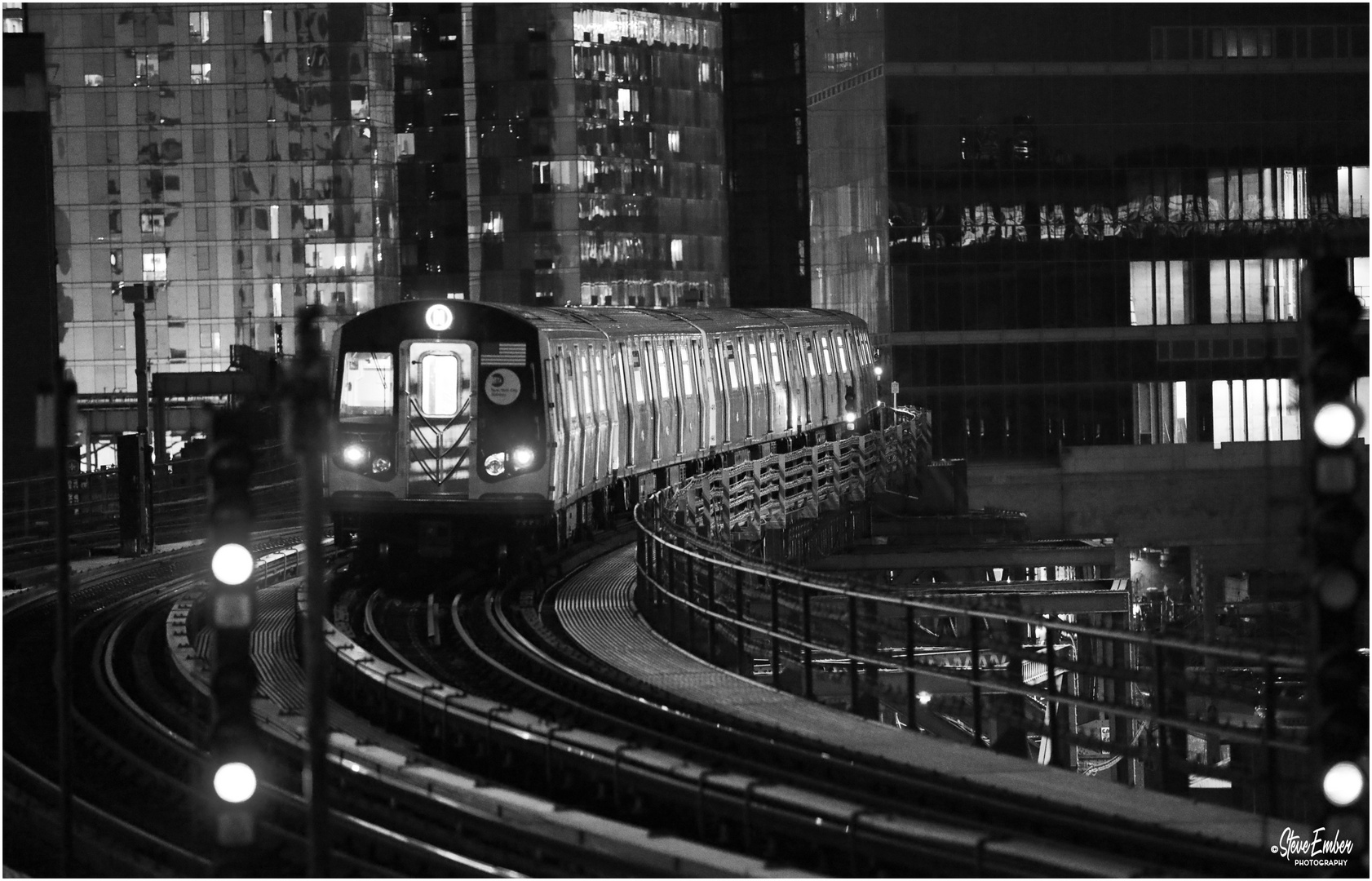 On an evening last December a Manhattan-bound N Train negotiates this sweeping S-curve
along the Astoria Line, heading for its next stop at Queensboro Plaza (*) in Long Island City.

The train, made up of R160 railcars has just left the newly remodeled 39th Avenue-Dutch Kills Station.

The entire Astoria Line, home to N and W trains, operates on elevated trackage after emerging from
the 60th Street Tunnels under the East River, climbing up beside the Ed Koch Queensboro Bridge. (**)