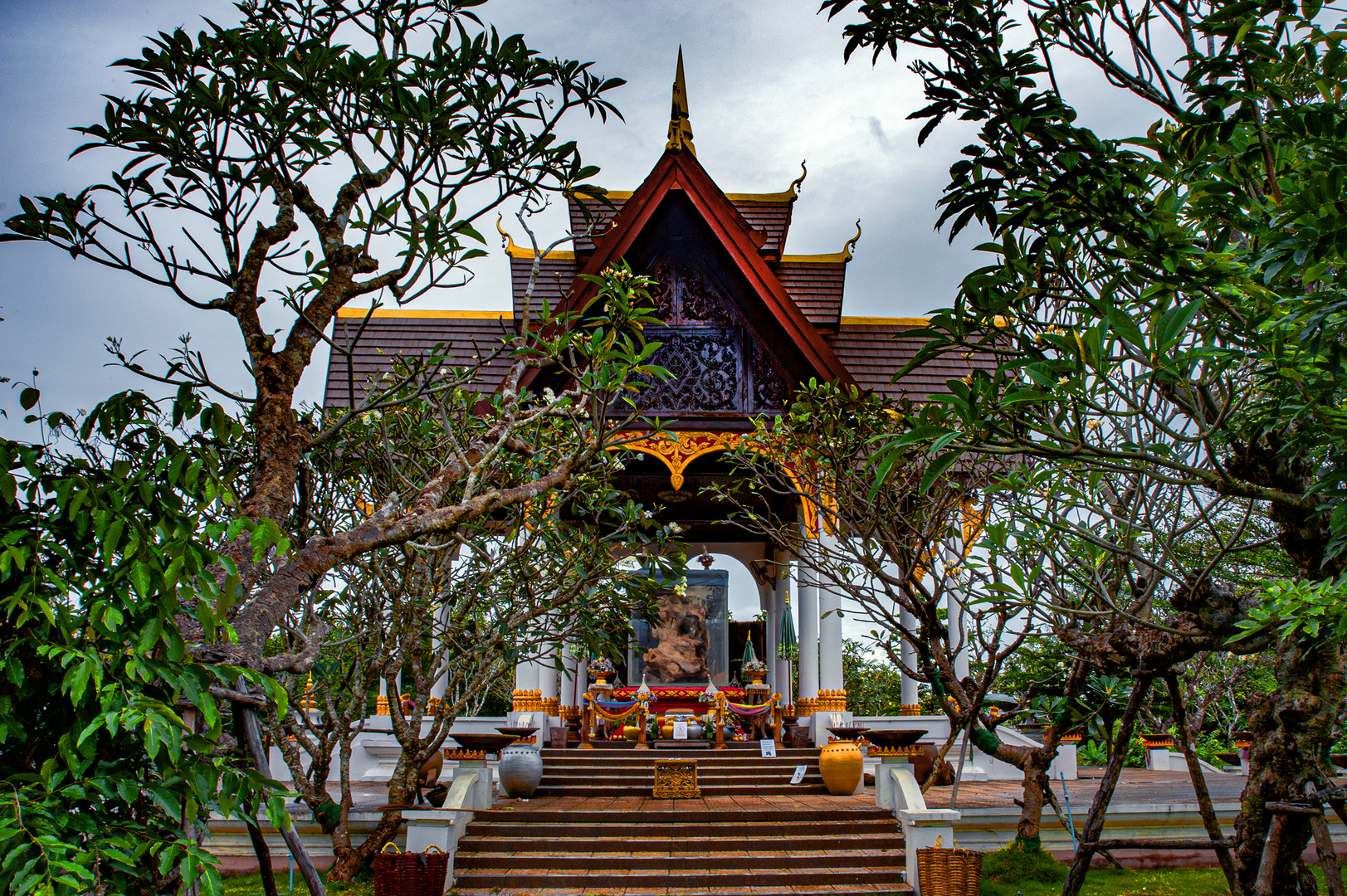 Sacred Manikoth Tree is a Buddhist temple in Champasak.
The “tree” at the entrance to the site is very famous. It used to stand on a rock in the middle of the waterfall but toppled over in 2012 due to flooding.
The public wanted to save it, however, as according to an ancient epic poem adapted from the Ramayana, the tree has supernatural powers.
After several attempts, the tree was finally brought to the shown place on safe shores by a helicopter.