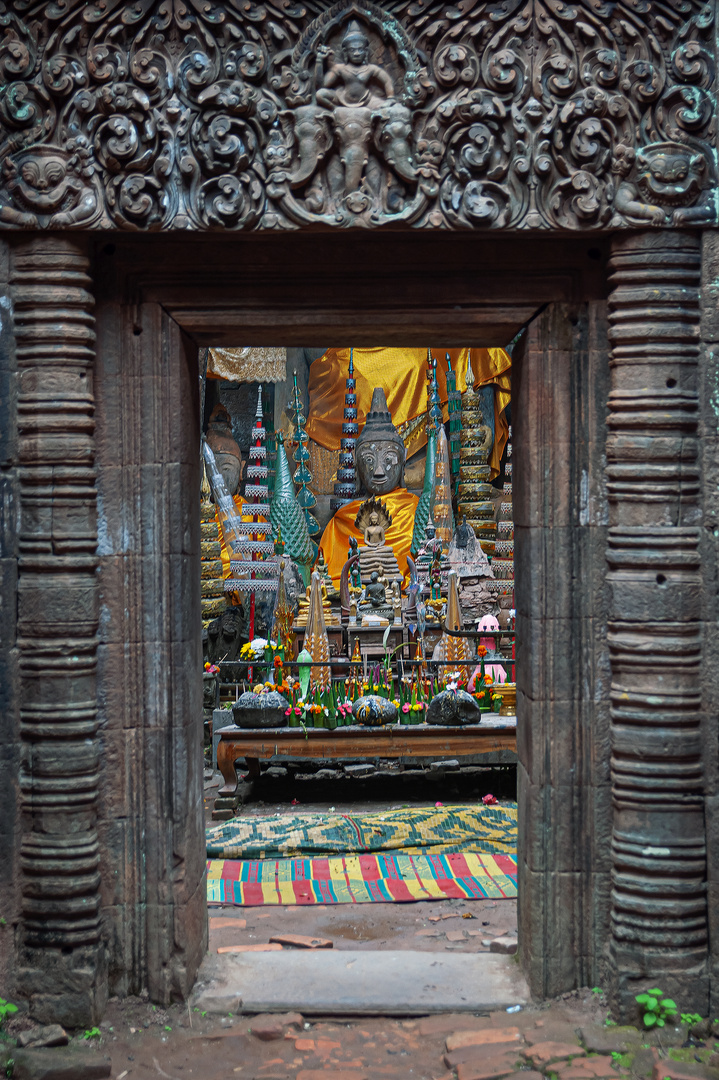 On the west bank of the Mekong south of Pakxé are the ruins of an ancient Khmer temple called Wat Phou. The temple and associated settlements are inscribed on the UNESCO World Heritage List.
Here the portal to the inner area with the Buddha altar.
Wat Phou was a temple dedicated to Shiva, one of the gods of the Hindu Trimurti.
In the 13th century it was converted into a Buddhist monastery.
Even today, the temple is a place of worship for local Buddhists.