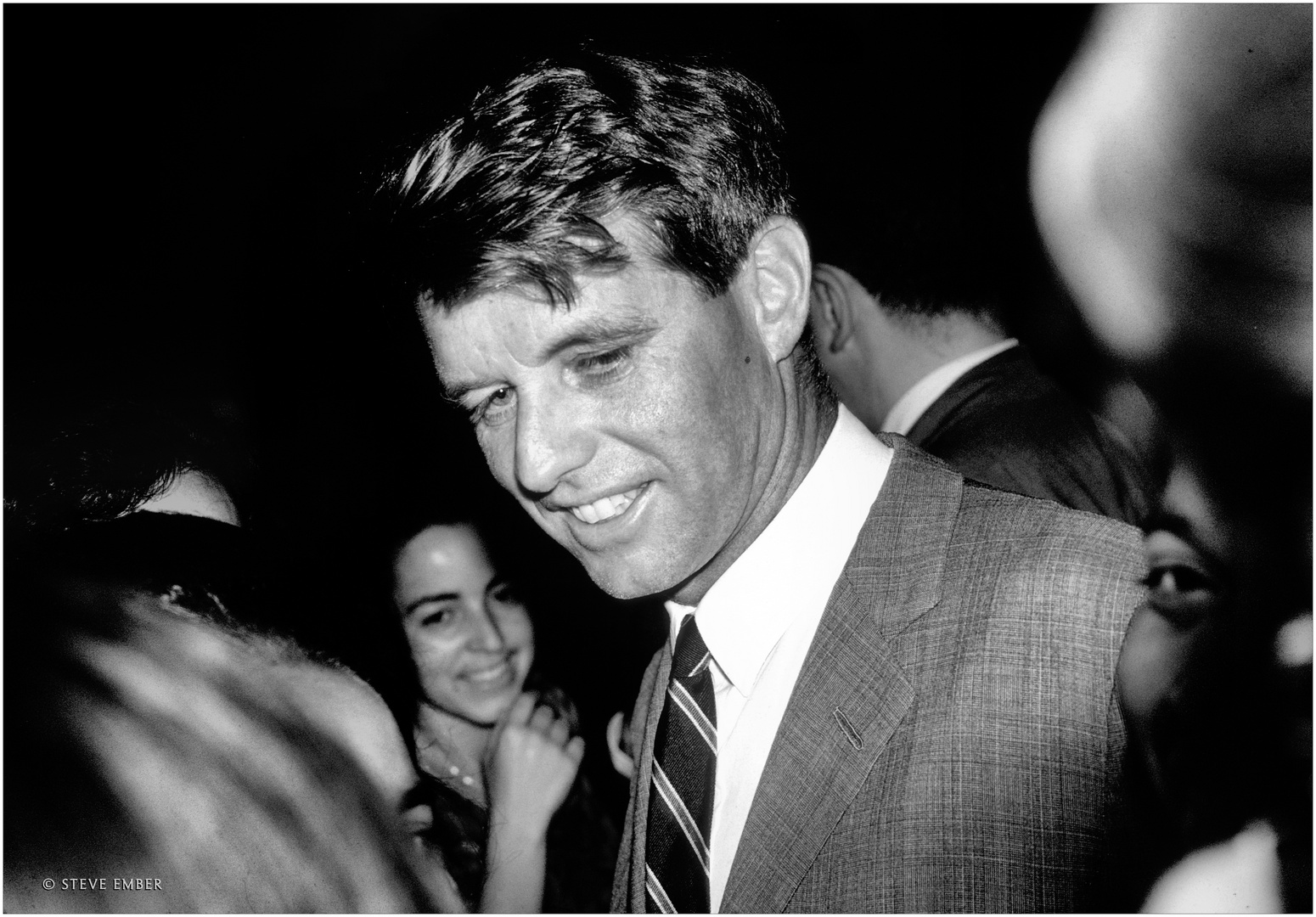 Kennedy was shot on on June 5,1968 at a political campaign speech in Los Angeles. He was a candidate for President in that years elections. Kennedy was pronounced dead shortly after midnight on June 6.


Somehow I can’t escape the irony of it turning up during a turbulent week that managed to resonate so uncomfortably with the turbulent year of 1968 during which both Robert Kennedy and Martin Luther King Jr. were assassinated and major cities in the U.S. saw huge and widespread demonstrations.

The story, including photos and memories of the different world of news-gathering in Washington in the '60s...
https://medium.com/@emberphoto/on-finding-a-photograph-b22593d56e9d

This is the photo's first appearance.