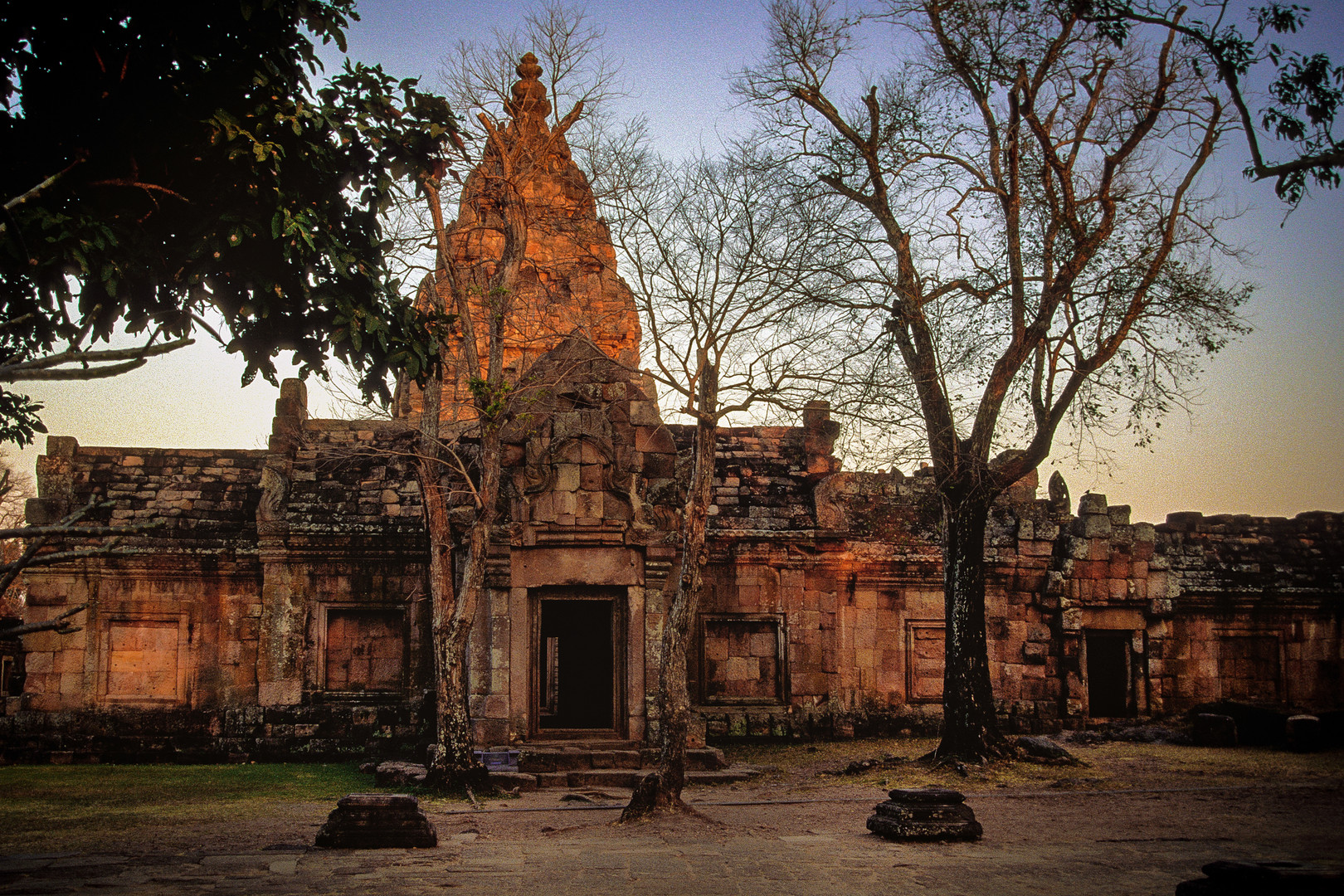 Thailand's Department of Fine Arts spent 17 years restoring the complex to its original state from 1971 till 1988. On 21 May, 1988, the park was officially opened by Princess Maha Chakri Sirindhorn. In 2005, the temple was submitted to UNESCO for consideration as a future world heritage site. Like the place of cultural interest Prasat Khao Phra Vihaan, which is full on Cambodian territory (see my album "A visit at Khao Phra Vihaan", this temple complex was built in sandstone and laterite in the 10th to 13th centuries. It was a Hindu shrine dedicated to Shiva, and symbolises Mount Kailash, his heavenly dwelling.
The photo was shut nearby the province city Buri Ram eastern Thailand in January 2000 with a NIKON A1 camera and Kodachrome slide film 50 ASA, scanned with a NIKON CoolScan V ED