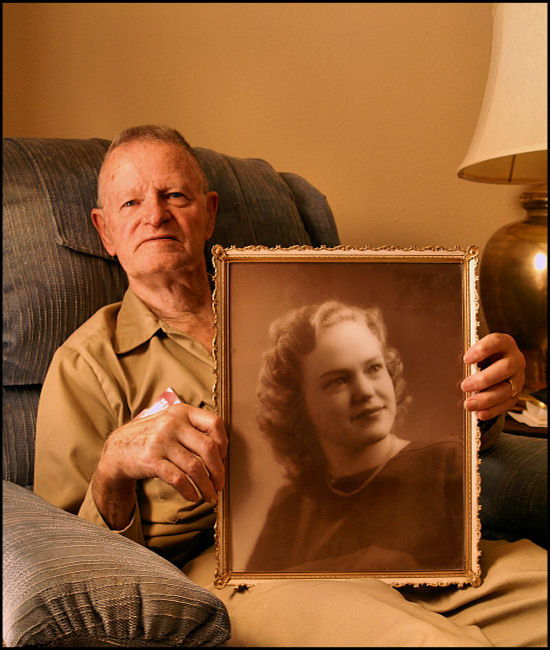 As some of you know,..my new job relates me with working in a elderly community and such has permitted me to get to know some of the folks a little more intimately,..in this case, I would love to introduce you to Paul,

Paul is from Midland, TX. He grew up on a farm which allowed him to get some really " hands on experience " and learn how to become a very good farmer,..though this was not his calling.

Once he was of age,..he decided to work in the Oil fields and become really good at maintaining and operating this. This opened the door to traveling to Alaska and supervising some of them for quite sometime. Eventually, he moved back to Texas,...which with in time allowed him to meet his beautiful wife, Emma.

" Oh gosh darn!.. ",..was his reaction when he first laid his eyes on Emma at a local dance. " I went to the dance not really looking for anybody,..but my friends had told me I might want to go and meet this young girl." " Eventually we got to meet and got together and went to a private party at one of my friends house,..we had a great time just talking and kidding around with everybody,..I really liked how she handled herself. " Paul mentioned to me that this was the last time they spoke for a while,...work picked up and Emma was going to school to study to be a teacher,..so another year went by,..

Well,...the year passed, and the opportunity came for them to meet again,..this time they seriously dated and one night after watching her from across the room at another gathering,..he thought to himself, " I sure really love this girl,..I think I'm going to ask her to marry me! " That night as he drove her home,..he pulled off the road and looked at her,..Emma looking at Paul a little confused asking him, " What do you think your doing?,..are you crazy or something?,..its really isolated out here! " This was Midland, Tx, and at that time it was just a small area and lots of lonely and isolated country rds. " Well, "....Paul replied, " there is something I want to talk to you about,..I've been thinking, well, I really love you and I would love for you to marry me,...". She looked at him,..and replied " Why of course! ", with a big smile on her face,..." Oh gosh darn! ",..I thought, then she put her face close to mine and asked,.." Are you not going to kiss me??!!! ",..." So I did,.."

They were so in love,...very in love, even now after she passed away some 5 years he still misses her and always speaks fondly of her.