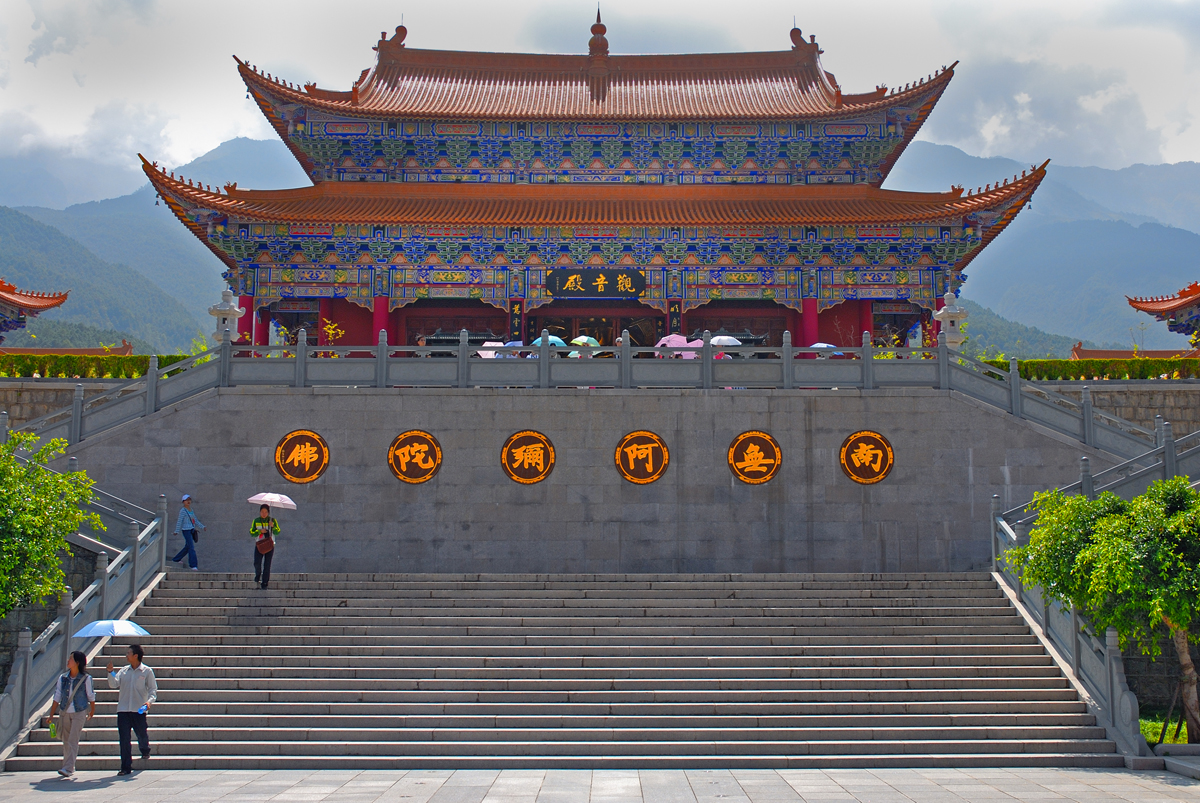 Palace of Eminent Monks in Dali

Palace of Eminent Monks in Dali

Palace of Eminent Monks, it was said that there were ten or nine emperors of Dali resigned from throne to be a monk. There are nine four meter high statues of emperor monks oblated in the palace. Why did the nine emperors love Buddhism practice instead of secular life? One reason is related the policy of combination of politics and religion in Dali. Other reasons are various:

First, be exiled away as monk after losing for the throne, like Duan Siliang.
Second, become a monk for unstable regime, like Duan Zhengyan.
Third, betrayed by people and forced to resign due to autarchy of the family of Gao, like Duan Shouhui and Duan Zhangming.
Forth, custom made it. Old emperor resigns after enthronement of a new emperor, to stabilize the country.