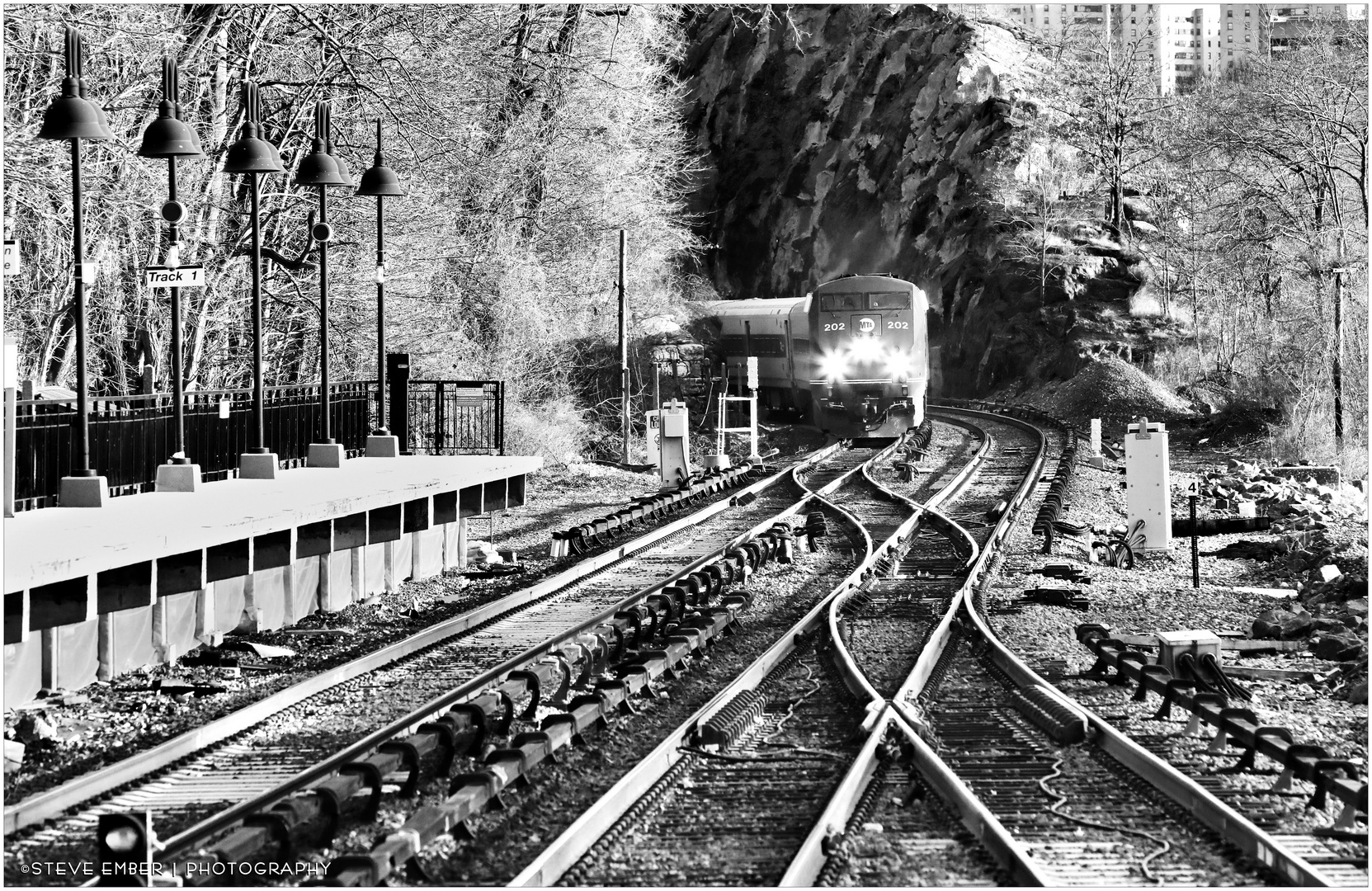 It's late afternoon on Christmas Day 2019 as a northbound Metro-North Hudson Line
train snakes its way through a massive rock cut as it approaches Spuyten Duyvil station.

The third rail infrastructure is mainly for the M7 multiple unit trains that operate from Grand Central Terminal to
Croton-Harmon. However, the dual-mode GE P32AC-DM diesel-electric locomotive on this train, which is going
beyond Croton-Harmon, also uses third rail power to depart GCT and pull these longer-distance trains through
the long Park Avenue tunnel, emerging at 97th Street in Manhattan.