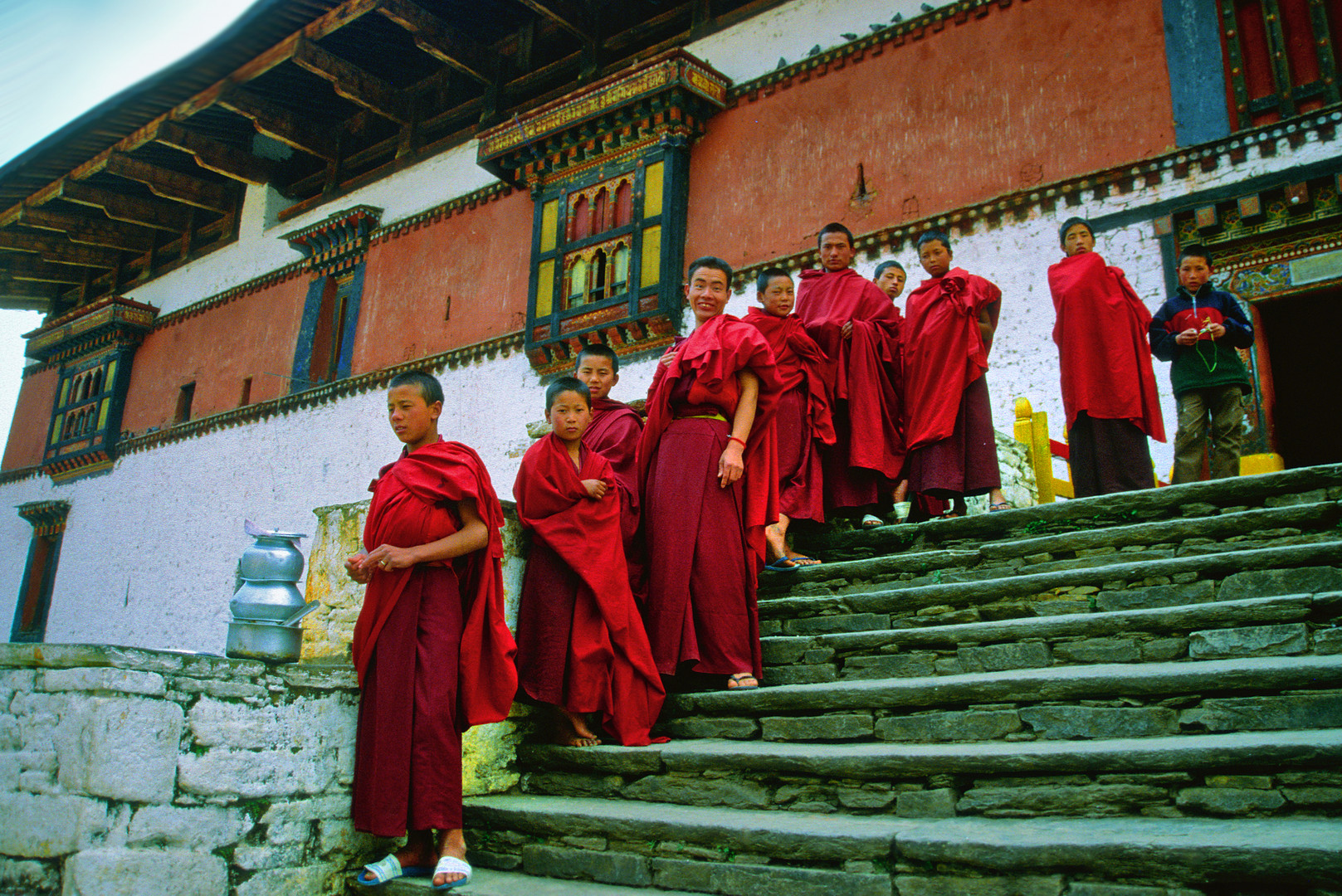 Monks in front the Rinpung Dzong in Paro/Bhutan

Monks in front the Rinpung Dzong in Paro/Bhutan

The daily life of the monk is austere, particularly if they are stationed at one of the monasteries located high in the mountains. At these monasteries food is often scarce and must be carried up by the monks or their visitors. The monks are poorly clothed for winter conditions and the monasteries are unheated. The hardship of such a posting is well-recognized; to have a son or brother serving in such a monastery is recognized as very good karma for the family.

(The diapositive was scanned by NikonCoolscan 5000ED, original Kodachrome 100 ASA, captured May 2000.)