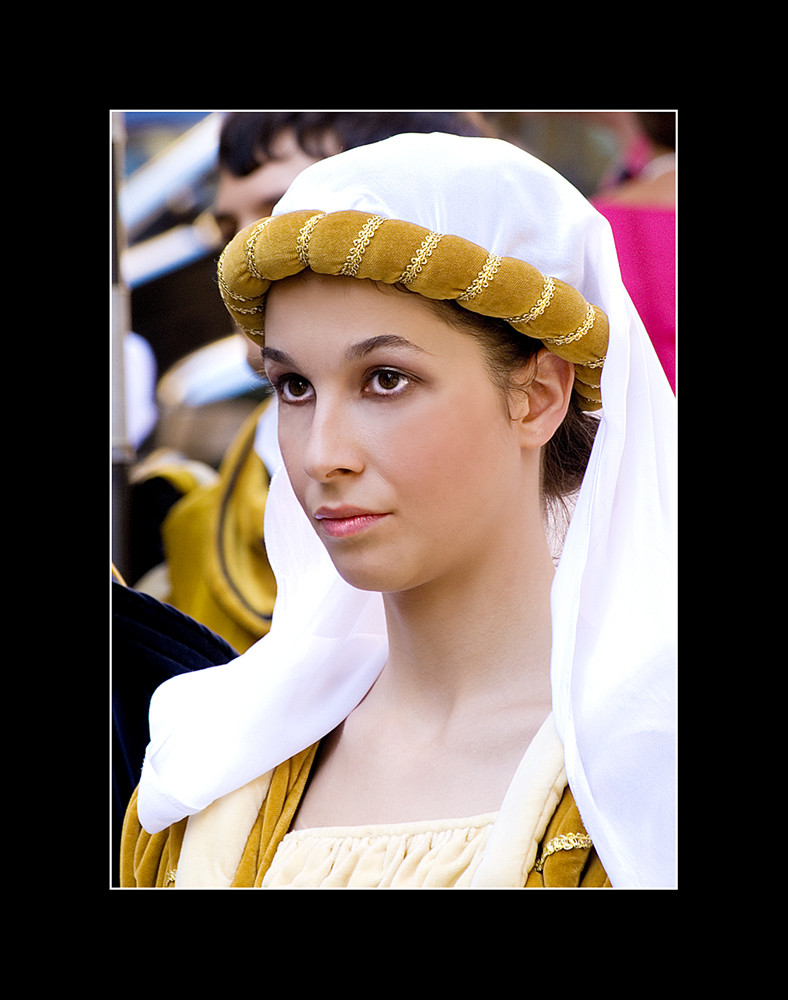 A second beauty in Montepulciano.

On the last Sunday in August the "Bravìo delle Botti" takes place. The original challenge between the eight Contradas (divisions) of Montepulciano who compete for a painted cloth banner by rolling barrels which weigh 80 kilos in an uphill race lasting around 1800 metres along the main street of the town. The barrels are rolled by two athletes called "spingitori" whilst the course of the race winds through the streets of the townis historical centre until it reaches the churchyard of the Duomo in Piazza Grande.

The word "Bravìo" derives from the Vernacular language "Bravium" and is awarded to the winning Contrada, in the form of the Panno a beautifully painted banner bearing the image of the Patron Saint of the town San Giovanni Decollato, in honour of whom the Bravìo delle Botti takes place.


The event is linked to a chapter of local history directly dating back to 1373 the year in which the reform of the Municipal Statute dedicated the entire chapter 30 to the arrangements of the Palio. It appears as its own institution in honour of the Patron of Montepulciano (29th August), perpetual and happy memory of the popular regime.


In the morning of Sunday 31st August at 9.00 in Piazza Grande the important and suggestive ceremonies are carried out. These are the draw of the line up of the Contrade, branding of the barrels, flag throwing, consignment of the "Panno del Bravìo" on behalf of the Council to the Magistrate of the Contrade, and the offering of the votive candles to San Giovanni in the cathedral.


In the afternoon at 16.00 the procession consisting of more than 3000 participants commences through the historic centre. Finally at 19.00 after the signal given by the strokes from the bells of the town hall, the barrels begin to roll on the stone leaving from Marzocco's column.


After a few minutes the Bravìo will come a conclusion, only one Contrada will display disappointment and think of the revenge without ill feeling and with respect for the winner. A story which has repeated itself for over 600 years.


The whole week prior to the main event is filled with important appointments and events: From Sunday 24th to Friday 29th August every evening from 21.00 to 23.00 there will be official trials of the "spingitori" for each of the Contrada. Each evening starting fron Saturday 23th to Sunday 30 August each of the Contrade will open ready to welcome you with celebrations, dinners, games, music and... wine and goodwill.