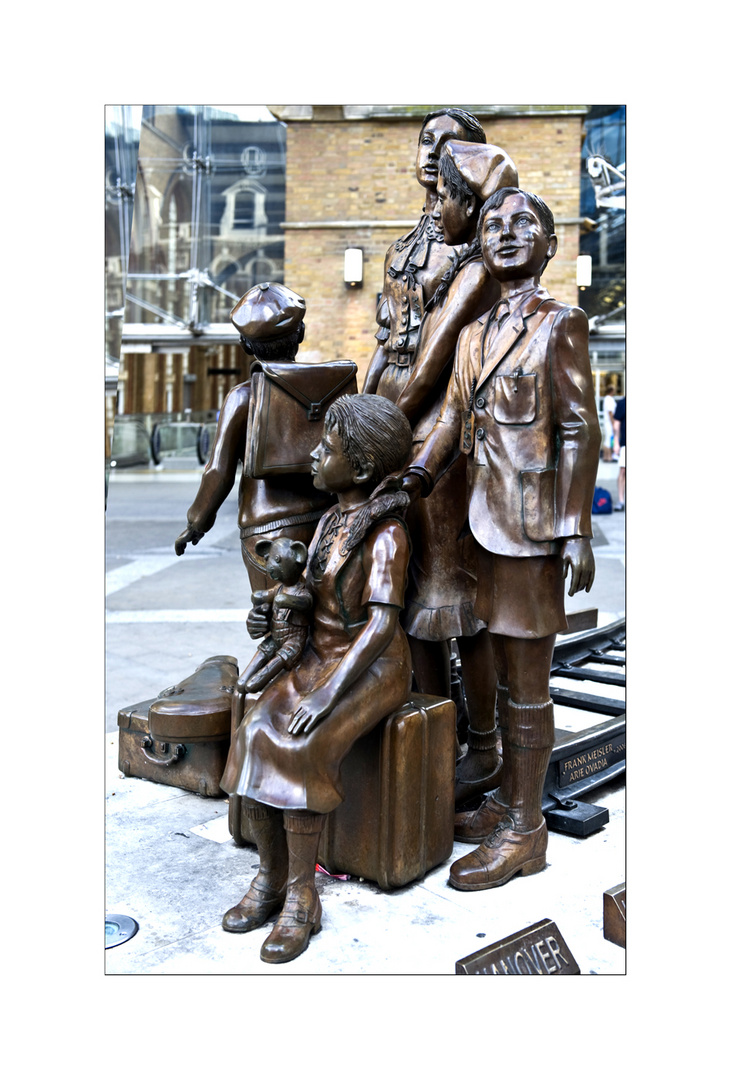 The Kindertransport (also Refugee Children Movement or RCM) was a rescue mission that took place during the nine months prior to the outbreak of the Second World War. The United Kingdom took in nearly 10,000 predominantly Jewish children from Nazi Germany, Austria, Czechoslovakia, Poland, and the Free City of Danzig.

The children were placed in British foster homes, hostels, and farms. Often they were the only members of their families who survived the Holocaust.[1]
World Jewish Relief (then called The Central British Fund for German Jewry) was established in 1933 as a direct result and to support in whatever way possible the needs of Jews both in Germany and Austria. Records for every child who arrived in the UK through the Kindertransports are maintained by World Jewish Relief. The children were taken from the ships to Liverpool Station in London where this statue now sits.