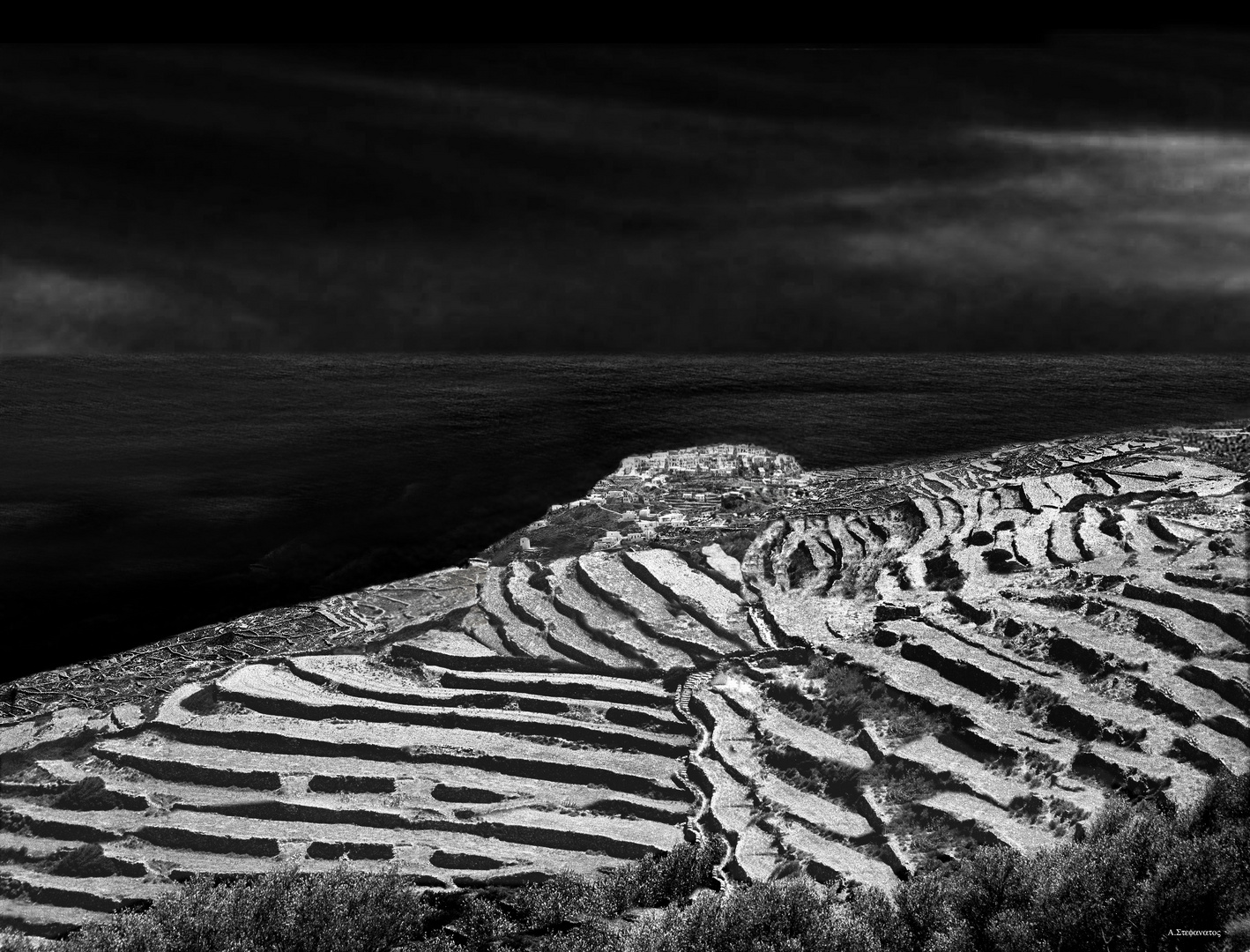 Aegean sea Cyklades Sifnos
In the island of Sifnos- as in other Cykladian islands also- due to the dry, rocky, steep and mountainous earth, pesants flatten as much as possible all available slopes creating areas( in Greek called "pezoules"=steps) where they can, very sparsely of course, cultivate corn,potatoes,vegetables etc.for their everyday needs.
The purpose of these photo was mainly to "project" those" pezoulas".I used a fast film(Ilford HP5) and a strong red filter, together with a polarizing filter in order to darken almost completely sea and sky and then after turning the negative to digital, I only enhanced a bit the contrast with Photoshop so the pezoulas could be better come up.
The photo was taken from high up the road. On the first level are the "pezoulas" then there is a steep cliff and far below down is the shore. The old town of Kastro is on the rock.