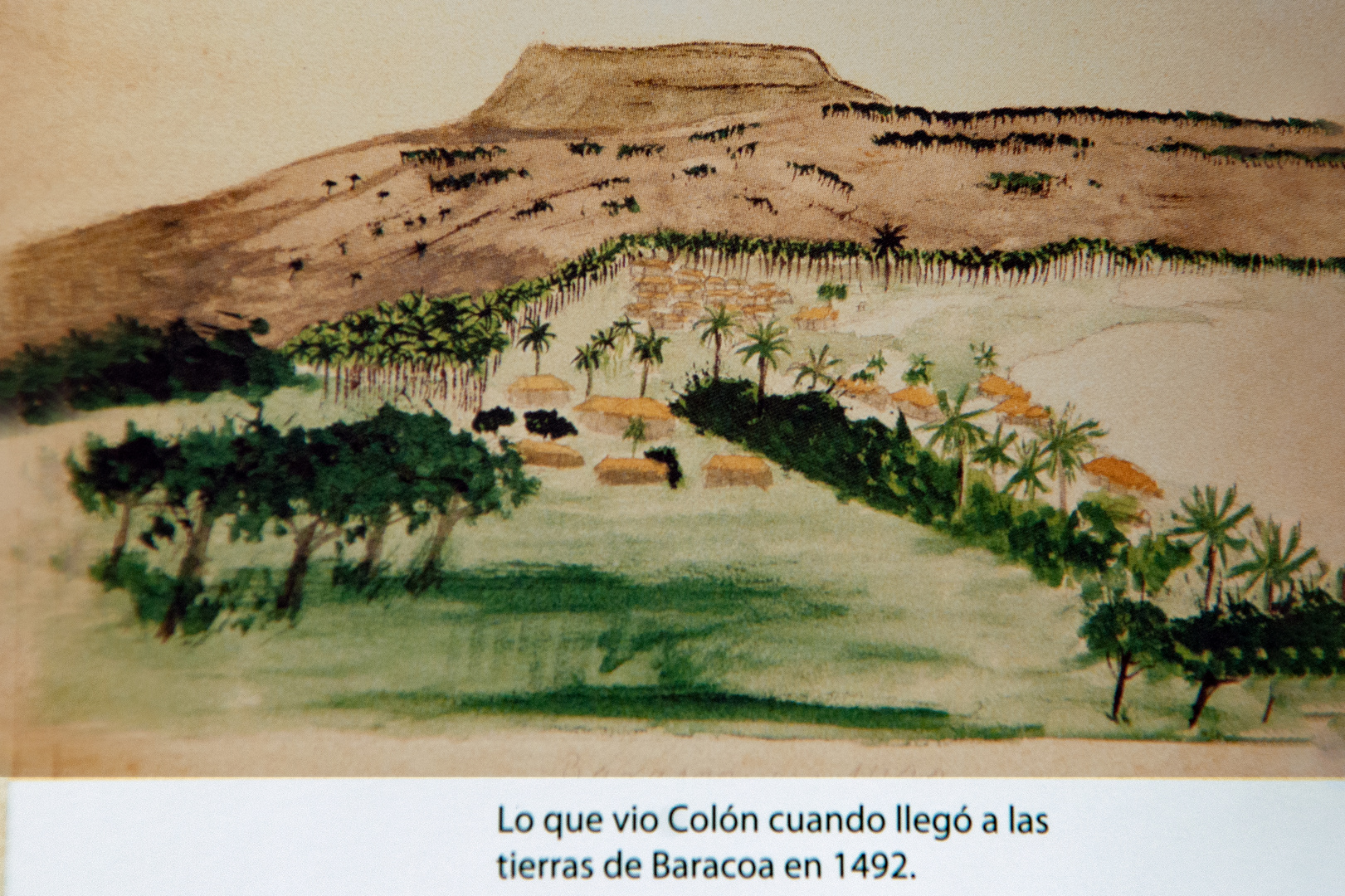 Drawing out the logbook of Columbus

Drawing out the logbook of Columbus

The people in Baracoa are very proud about the story that the explorer Christopher Columbus landed on in the Bahia de Baracoa in the year 1492.
But historical experts say: The traditional history studies it is without doubt that Christopher Columbus, on the 28th October 1492, landed in Bariay, a bay in the north east of Cuba, in the actual Holguin province.
Bariay is a bay about 300 km west of Baracoa and shows similar landscape forms.
A dispute arose between the places Baracoa and Bariay, although it shouldn't really matter which place was meant by the landing.
In the on-board diary it is said that Columbus landed at a place that the locals called in their Taino language "Cubao", "Cuban" or "Cibao". These obviously related to a mountain region near the landing site and came to the current name of "Cuba".