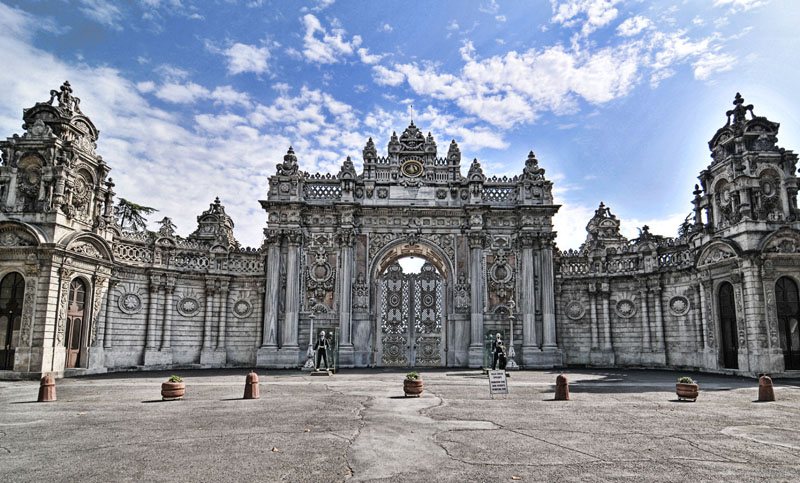 Built in the reign of Sultan I Abdulmecit during the 19th century, this over-ornate palace lies along the European coast of the İstanbul strait. Dolmabahce Palace was constructed in between 1843 and 1856, mixing different European artistic influences and built by Abdulmecit’s architect, Karabet Balya. It was built over three levels, and symmetrically planned, with 285 chambers and 43 halls. It has a 600m long pier along the river, with two huge monumental gates. The palace is surrounded by well-maintained and immaculate gardens, with an immense 56-columned greeting hall, with 750 lights illuminated from 4.5 tonnes of crystal chandelier. The entrance was used for meeting and greeting Sultans, and opposite the ceremonial hall was the harem. The interior decoration, furniture, silk carpets and curtains all remain with little defect.