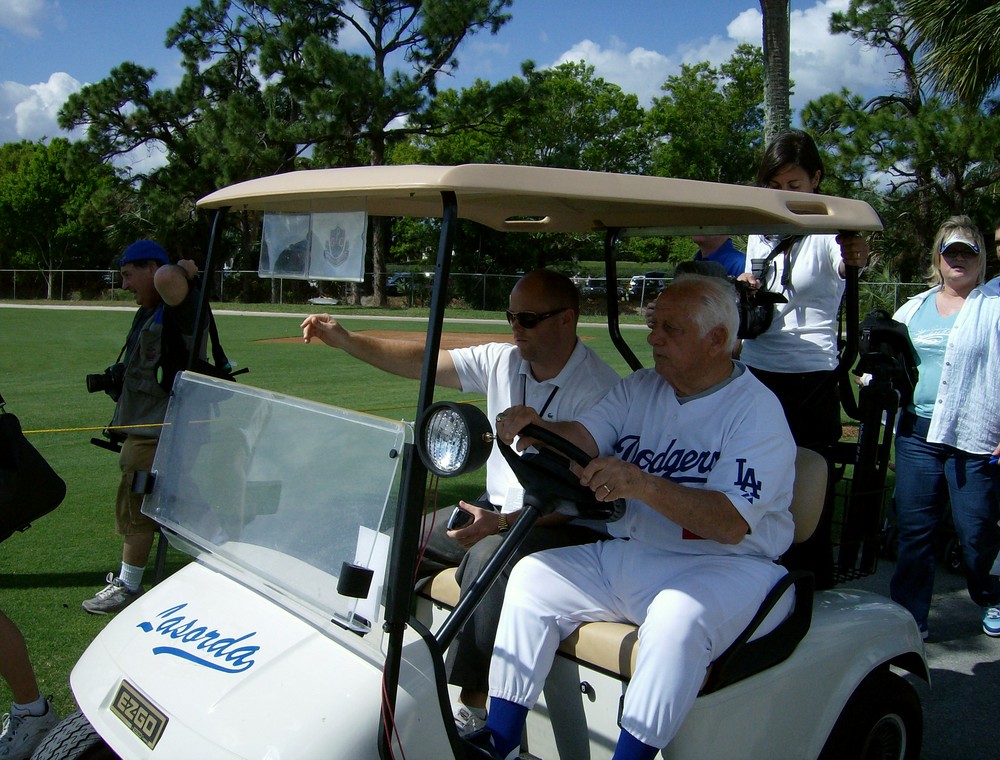 Tommy Lasorda, who was at the helm of the Los Angeles Dodgers when the World's Championship was won, is shown in his handy golf cart as he keeps a close watch at the Los Angeles Dodgers Spring Training Camp at Vero Beach, Florida, for the very last time after 61 years as both the Brooklyn Dodgers and LA Dodgers.
Manager Lasorda was able to manage his old team a few more times, since new Dodger Manager Joe Torre took some of the team to Japan and left Lasorda to be the field captain just one more time.
Dodger Blue is Dodger Blue, whether in Japan, Los Angeles, or the old
Ebbets Field in Brooklyn's area of Flatbush.