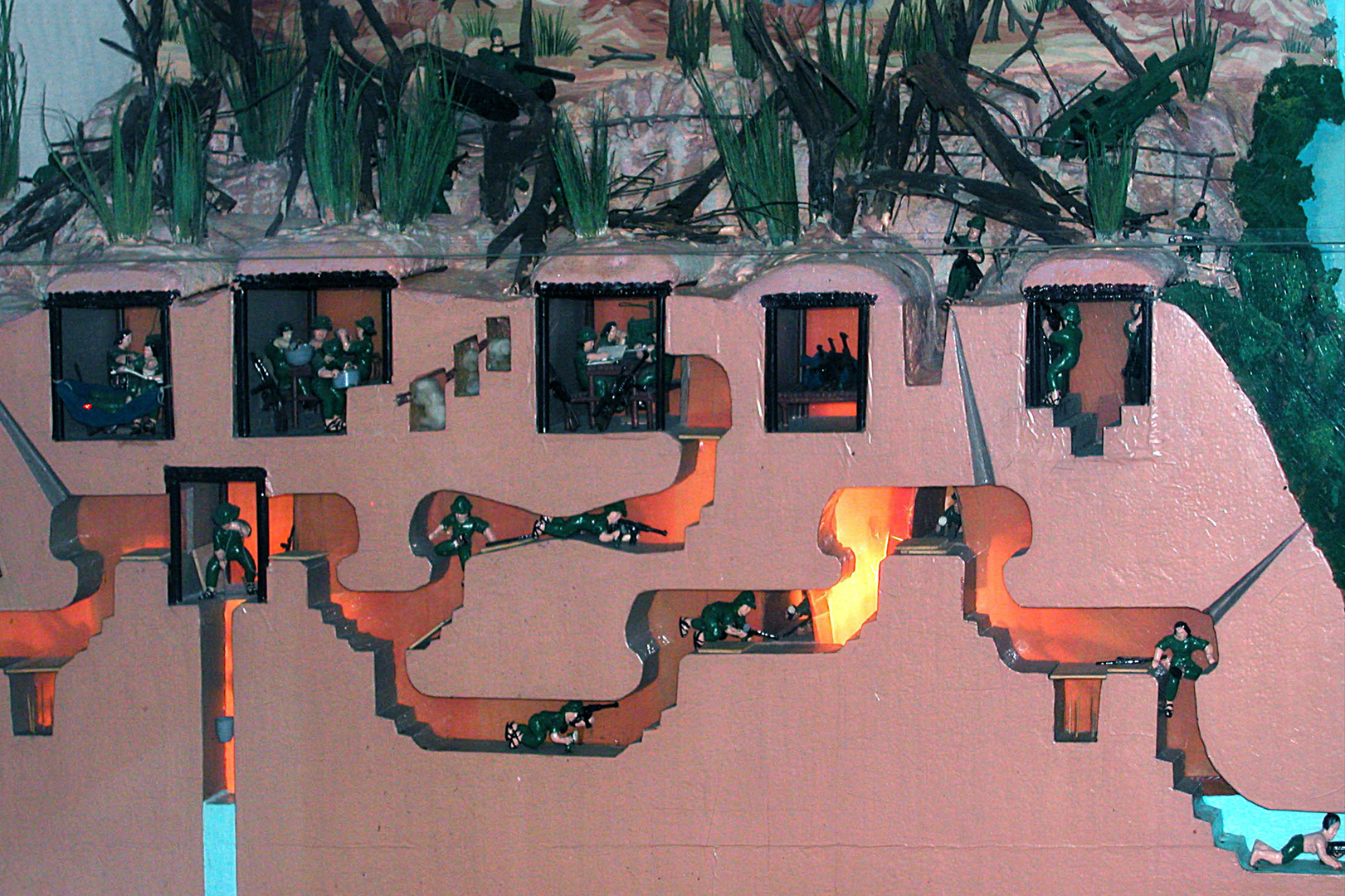 Cross section from the tunnel system

Cross section from the tunnel system

A cross-section of the tunnel system shown in The War Remnants Museum in Saigon.
The tunnels were used by the Vietnamese soldiers during the Vietnam War. Are the Cu Chi tunnels worth a visit? Definitely! It is one of the best things to do in Ho Chi Minh City.
This area was also the termination of the Ho Chi Minh Trail. Because of this, the Cu Chi and the nearby Ben Cat districts had immense strategic value for the NLF (National Front for the Liberation of South Vietnam). Mai Chi Tho, a political commissar stationed in Cu Chi describes the region as a “springboard for attacking Saigon.” He goes on to say: “We used the area for infiltrating Saigon-intelligence agents, part cadres, sabotage teams. The Tet Offensive of 1968 was preparedthe necessary troops and supplies assembled in the Cu Chi tunnels.”