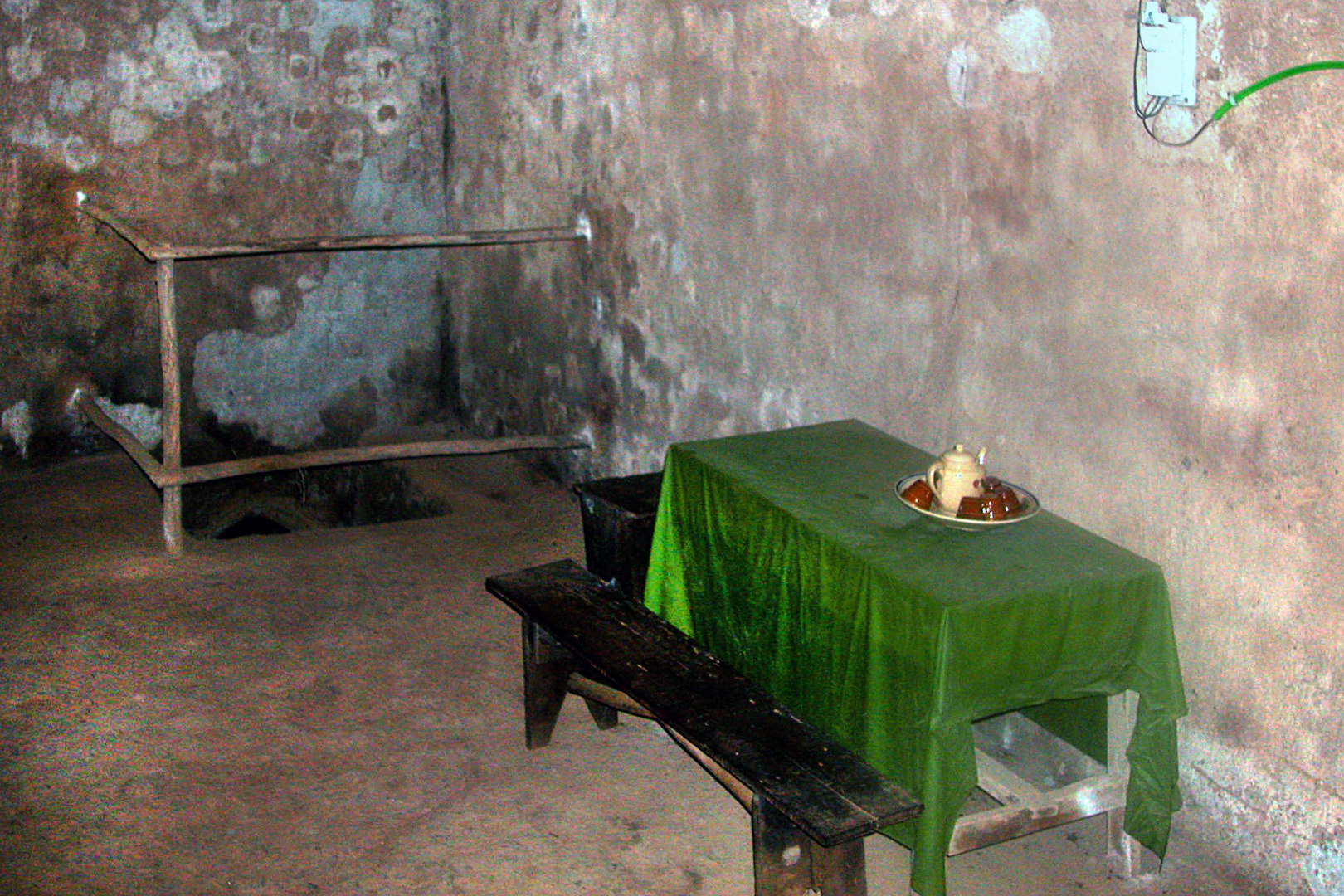 Livingroom in the underground

Livingroom in the underground

For the NLF, life in the tunnels was difficult. Air, food and water were scarce and the tunnels were infested with ants, poisonous centipedes, spiders and mosquitoes. Most of the time, guerrillas would spend the day in the tunnels working or resting and come out only at night to scavenge supplies, tend their crops or engage the enemy in battle. Sometimes, during periods of heavy bombing or American troop movement, they would be forced to remain underground for many days at a time. Sickness was rampant among the people living in the tunnels; especially malaria, which accounted for the second largest cause of death next to battle wounds. A captured NLF report suggests that at any given time half of a PLAF unit had malaria and that “one-hundred percent had intestinal parasites of significance.” In spite of these hardships, the NLF managed to wage campaigns against a conscripted army that was technologically far superior.