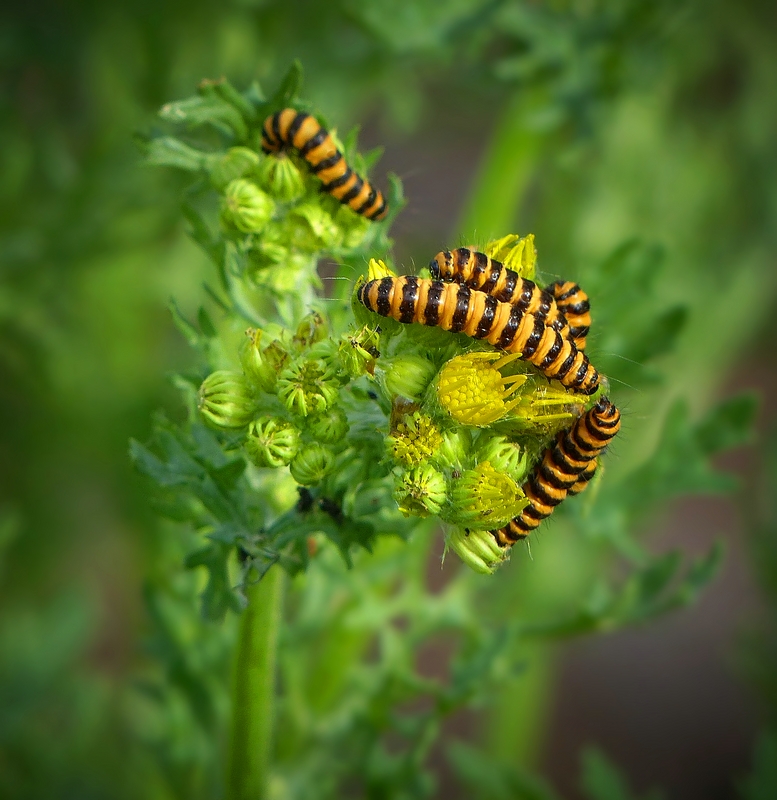 In this shot you can see cinnabar moth caterpillars with striking black and orange/yellow hoops (some say a striped pyjama) feeding on their host plant, which is ragwort.

Ragwort however contains poison, but these caterpillars absorb trouble free the very bitter tasting toxic substances and stores them in their skin. Becoming inedible in this way, together with the bright colours which act as a warning sign, these caterpillars are seldom eaten by predators.

The caterpillars do not lose the poison they received, on the contrary, it is getting more concentrated and passed on to the butterfly, which is therefore also inedible.