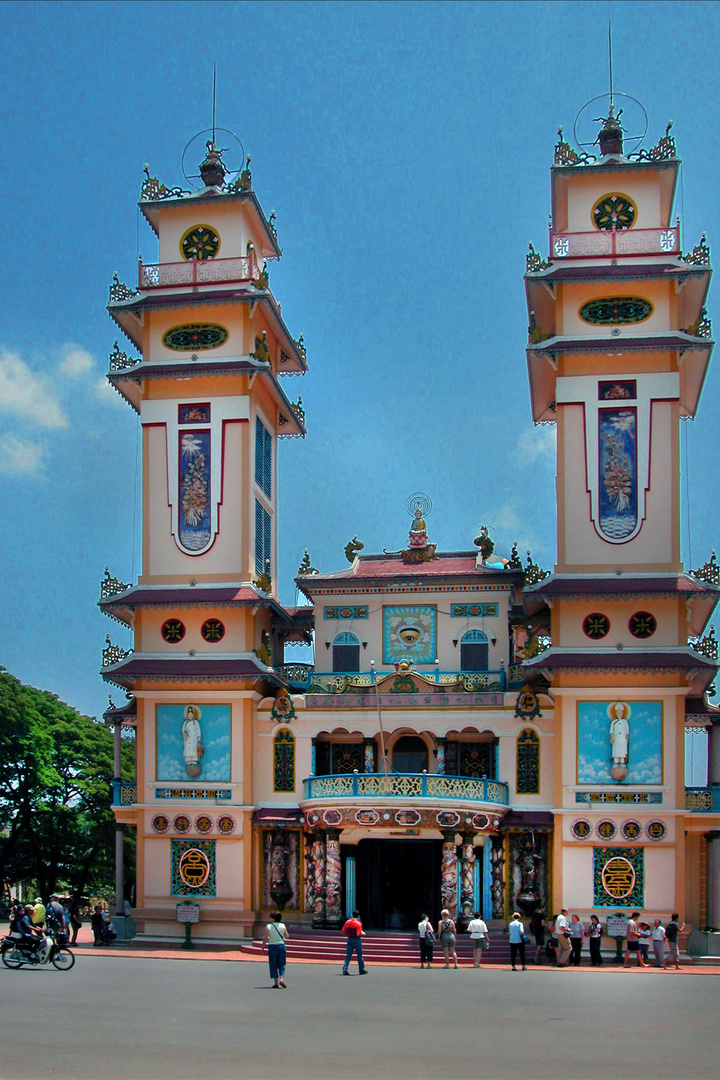 Tay Ninh is the centre of the Cao Dai sect. Their beliefs are an eclectic mix of Buddhism, Taoism and Confucianism. The temple architecture is as extraordinary as the sect, whose patron saints include Joan of Arc, Victor Hugo and Winston Churchill.
Caodaism was founded by Ngo Minh Chieu in 1926. The religion grew quickly and by the 1950’s one of every eight southern Vietnamese was a Cao Dai. Caodaism is strongest in Tay Ninh and the surrounding areas but temples are located throughout southern and central Vietnam.
The church also is called a temple in the Cao Dai religion.