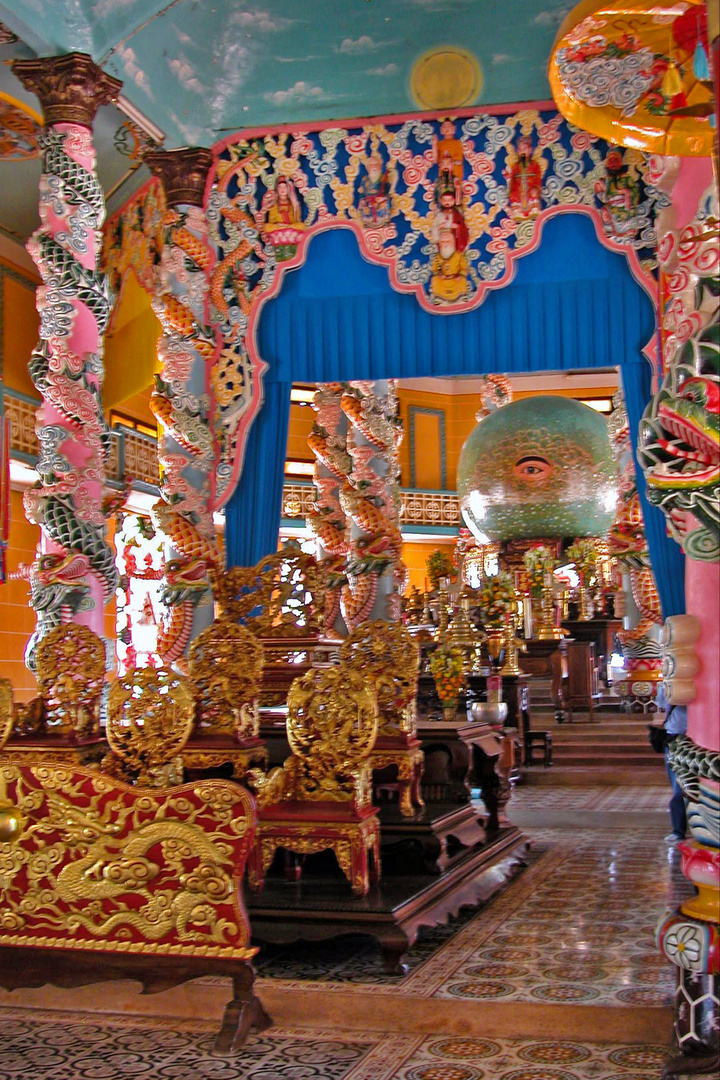 Inside the Cao Dai Church in Tay Ninh

Inside the Cao Dai Church in Tay Ninh

The Single Eye of Providence in the middle of the earth ball is the all-seeing eye of God.

Caodaism is a syncretistic religion which combines elements from many of the world's main religions, including Buddhism, Confucianism, Christianity, Hinduism, Islam, Judaism, Taoism, as well as Geniism, an indigenous religion of Vietnam.