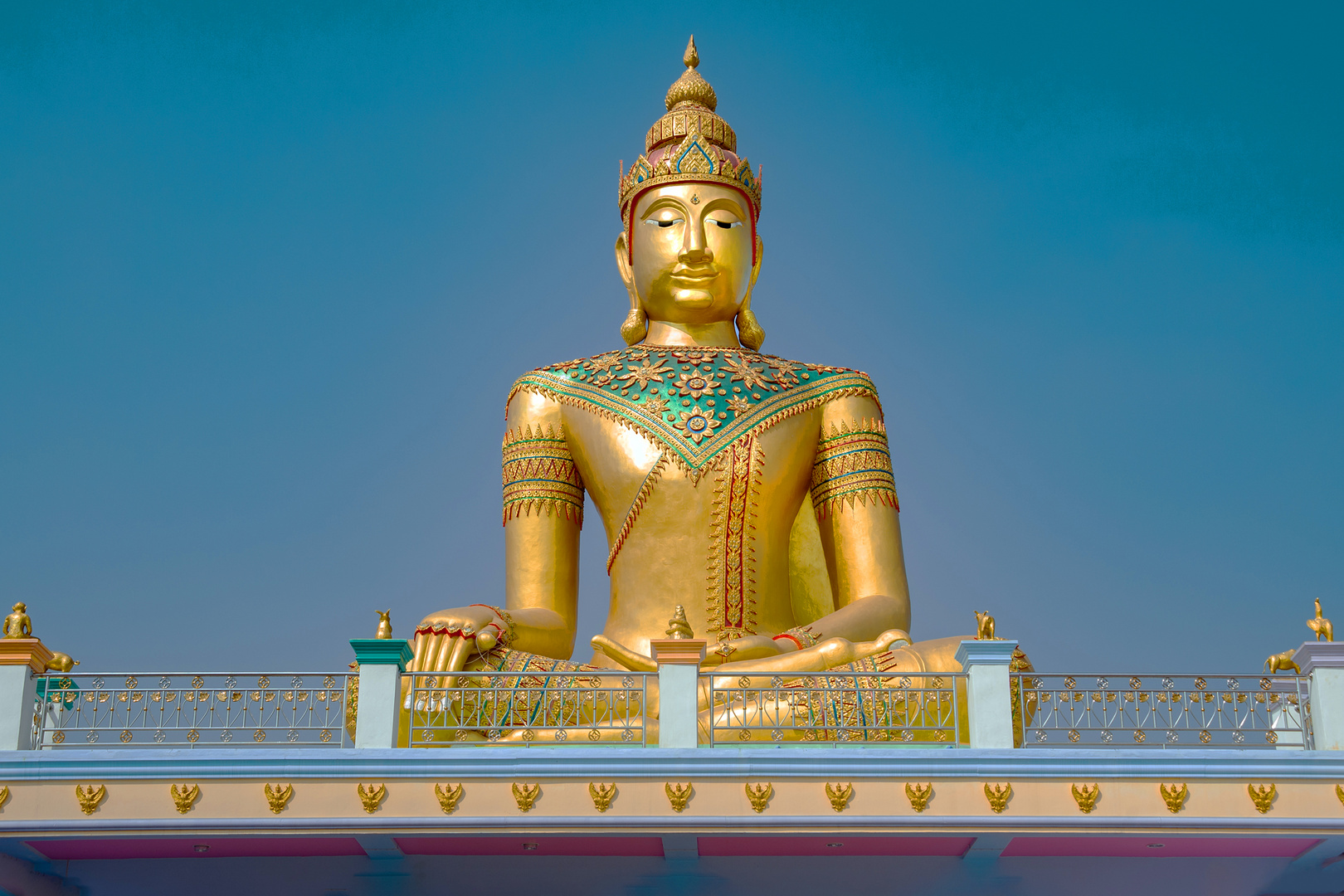 A new built Buddha statue inside the complex of Wat Laem Suvannaram on the riverside of Tha Chin river.
Buddha sitting in the earth touching position.
The most common pose you will find in Thai temples is with the legs crossed, the left hand in the lap, and the right hand pointing to the ground with the palm facing inward toward the Buddha. This posture is known as Calling The Earth to Witness, and it is the definition of the moment of enlightenment for the Buddha.
It is the story of how the Buddha, after six years, finally was at the verge of enlightenment. Unfortunately Mara, the Demon of Illusion, tried to dissuade The Buddha from the final last steps. The Buddha meditated all night to overcome the fears and temptations sent by Mara, and then called the Earth Goddess to witness that the Buddha achieved enlightenment in order to share with the rest of the world. Witnessing that, the Earth Goddess wrung her hair, releasing flood waters that swept away the Demon Mara and all the temptresses he had released.