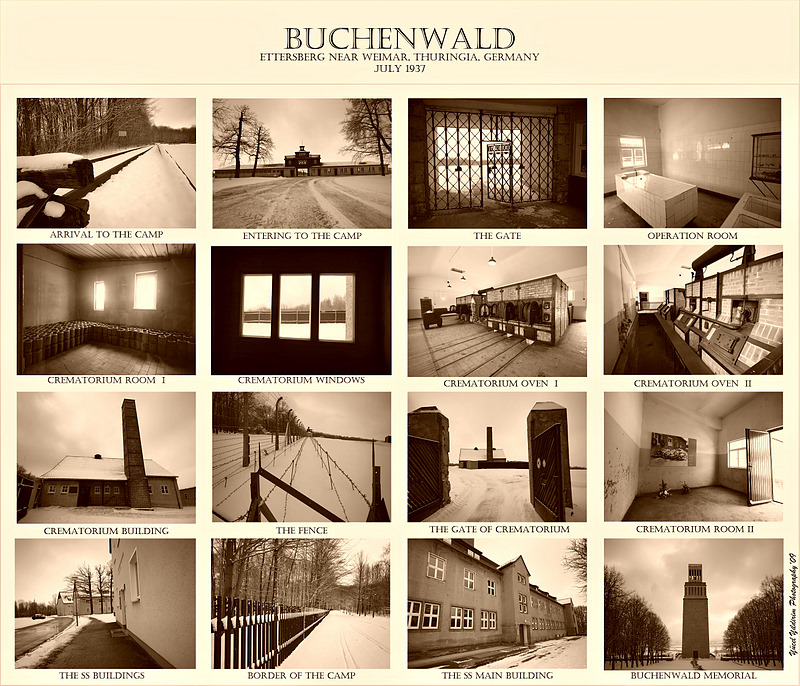 Buchenwald (German for beech forest) was chosen as the name for the camp because of the close ties of the location to Johann Wolfgang von Goethe, who was being idealized as “the embodiment of the German Spirit” (Verkörperung des deutschen Geistes). The Goethe Eiche (Goethe's Oak) stood inside the camp's perimeter,[2][3] and the stump of the tree is preserved as part of the memorial at KZ Buchenwald. Similarly, the camp could not be named for another town nearby (Hottelstedt) because of administrative considerations (it would have resulted in a lower pay grade for the camp’s Schutzstaffel (SS) guards).[citation needed]

Between July 1938 and April 1945, some 250,000 people were incarcerated in Buchenwald by the Nazi regime, including 168 Western Allied POWs. One estimate places the number of deaths in Buchenwald at 56,000 (discussed further below).

During an American bombing raid on August 24, 1944 that was directed at a nearby armament factory, several bombs, including incendiaries, also fell on the camp, resulting in heavy casualties amongst the inmates.