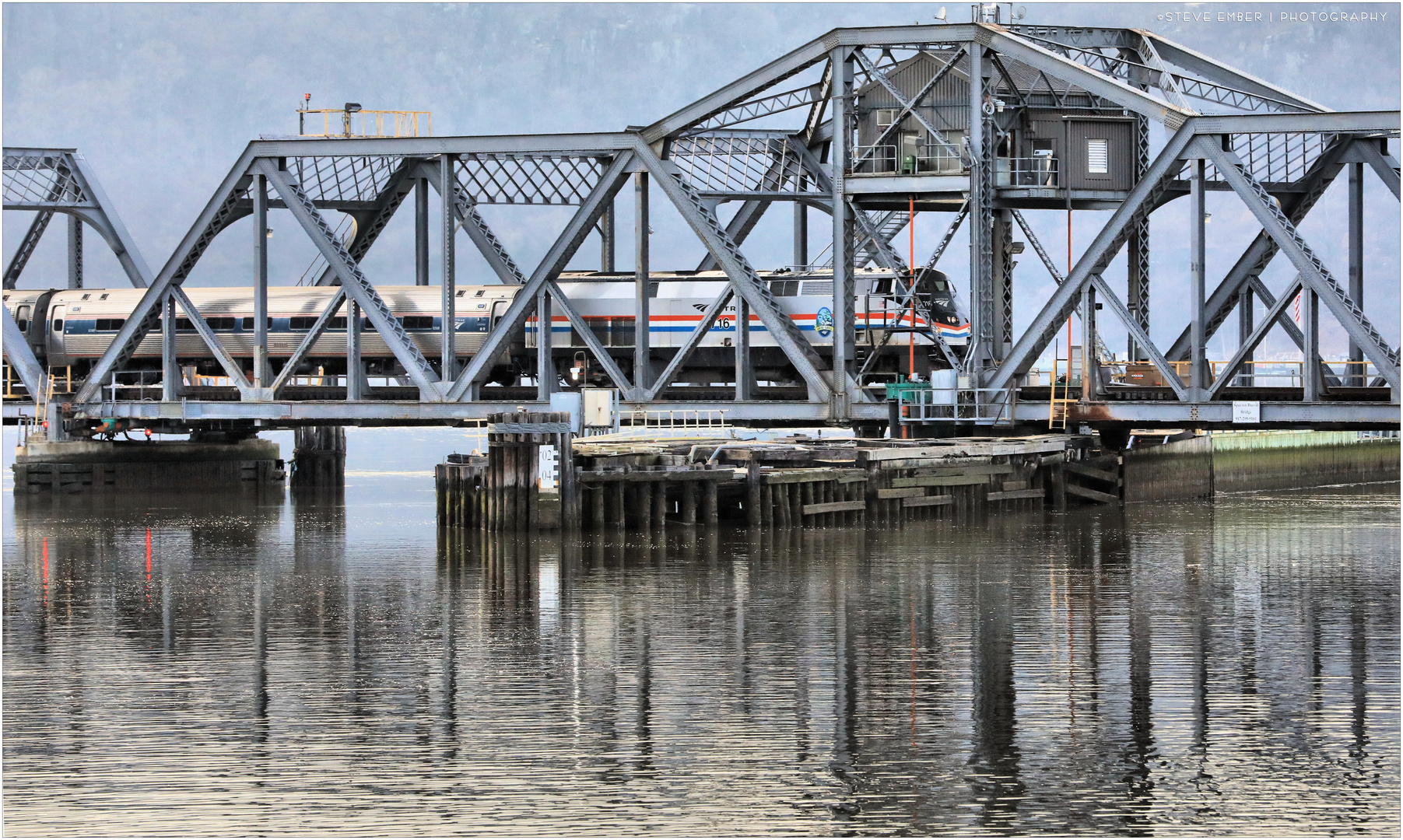 The train has come up the west side of Manhattan from New York’s Penn Station on the “Empire Connection,”
and after crossing the bridge, it will merge onto the Hudson Line of the Metro-North Railroad. The dual-mode
locomotives use third-rail DC power to access Penn Station.