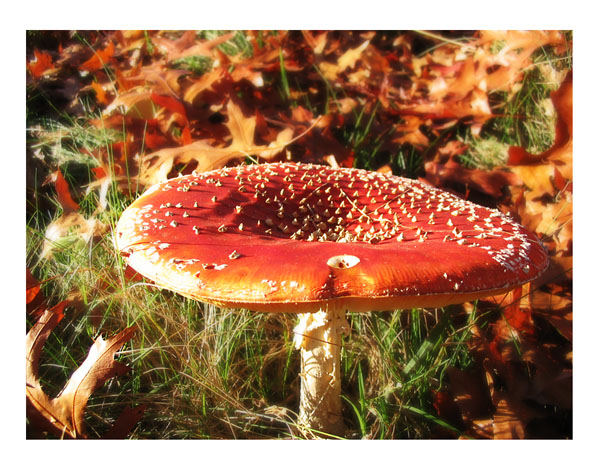 It's autumn again, so these very famous (and very beautiful) fungi start to appear again; it's already a year ago when I posted my other Amanita Muscaria picture (and now that one is almost not listed in the nature channel). In dutch it's called a 'Vliegenzwam' and in German 'Fliegenpilz'. It's very nice that these grow even in the middle of the city (at least at my place).

They are not even that poisonous as most people think. The poison (muscarine) is in the red part of the mushroom; the white spots are left over pieces of the veil wich covers the toadstool when it is not fully grown. The poison disappears when you dry the mushroom. It is said to have some psychedelic effects. But I think it is better not to try it and leave these very nice toadstools intact.

More photos of Lucien A