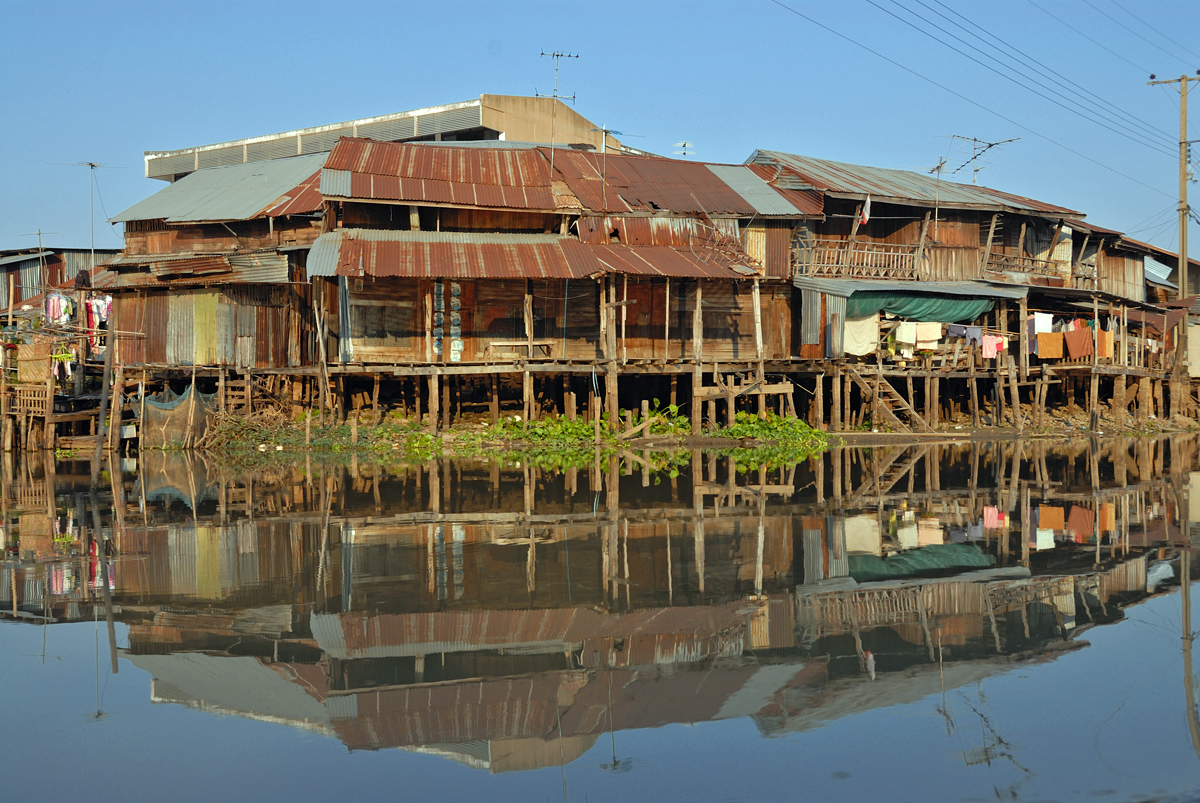 Along the Saen Saeb Khlong to Nong Chok

Along the Saen Saeb Khlong to Nong Chok

Just outside of downtown Bangkok begins the idyllic areas like Nong Chok village a village with a long time history.
The district was established as an amphoe in 1897 during King Chulalongkorn (Rama V) period. The original settlers were muslims relocated from cities in southern Thailand. In 1902, it became an amphoe of the newly setup Min Buri Province. Due to economic hardship during 1930-31, Min Buri Province was disbanded in 1931 and Nong Chok was transferred to Chachoengsao Province. However the administration was moved under Bangkok the next year due to inconveniece of travel between Nong Chok and Chachoengsao. Today about 75 percent of the population remains Muslims while 22 percent are buddhists. The name Nong Chok means water lettuce swamp.

The Khlong Saen Saeb is a major canal and waterway starting in downtown Bangkok. It connects the Chao Phraya River with the provinces of Prachin Buri and Chachoengsao in eastern Thailand.

Saen Saep means hundred thousand pains, but even famous linguists aren't sure the correct meaning of Saen Saep:
Some say it means hundred thousand mosquito bites, the Khlong area is a hatchery for midges,
some people explain about the torture and hard work of hundred thousand Khmer muslim slaves and forced laborer digging out the canal
and some say the words Saem Saep comes from Khmer (Cambodian) language and means "Se" = devil of the water, "Saab" = mild.